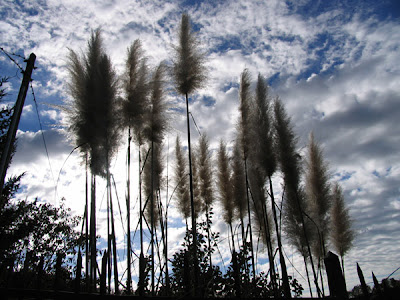 One minute a red oil sign illuminated the dash board, so I did what most people would do, bought the right type of oil 10 40 w and poured it in the right place.

Two hours later it refused to start. OMG I have a thousand errands to run, what will I do? Walk, or take public transport of course. It's healthier and less poluting. 6 miles there and back, I did what most people would do, I rang the RAC - a reputable breakdown service.

The mechanic, a jolly bloke, with a wiry hand shake appeared three hours later and proceeded to inspect the car. He did one a couple of those "stand back 4 metres from the car and tilt your head".

Mmmm had he a magic wand, I'd swear he could be Harry Potter aged 55.

And without even finishing his opening, I told him the history and how I came to my current predicament.

There is at least one thing I acknowledge, that there are few geniuses in the world. Most mortals, even the occasional doctor need a history, then by deduction and elimination they can arrive at a probable solution.

Mr RAC took out a mobile device; he measured the power of the batteries, shook his head and proferred his diagnosis.

"I think it's your sensor mate. I can't see the relation with your oil, but its def a sensor. That's a lot of money. What we can do is tow you to the nearest garage. D'you want to do that now or tomorrow?"

I knew RAC, like most services pegged to number of calls are reticent at spending too much time on one client as it brings them no more money.

"Er, odd though how it stopped after the oil", I said. I wanted to engage him again; prod a thought that might yield a eureka moment, but my car expert had run his course. He was out of ideas".

"Yeah, I would say 90 percent sensor", he concluded, gave me a paper to sign and off he went agreeing that if I needed to be towed I could ring up tomorrow. I'd just spent 80 ukp for the call out with no result. That, as you might say is life.

My neighbours are the most fab I have lived next to and duely worked to find an alternative solution; but they ascertained it would cost 300UKP from calling around buddies.

I went to sleep.

Next day I ignored for the moment the call out and struck an idea. I have a friend, he's an old class mate from thirty years back. He is, I've heard over the years, an expert mechanic. He is untrained, has no masters from Brunel - a great engineering university. What he knows has come from the graft. He has been hounded out by other mechanics aggrieved he's been taking their business, but, but he lives 25 km away.

I can come down tomorrow, as I have got a hospital appointment for my daughter, but I might have a small window so I'll see if I have half an hour.

He arrived by noon. We bear hugged. We've not seen each other for many years, then he set to task.

"Don't ever buy one of these cars again", he poked laughing. "See hear, it used sensors. It's all computerised which helps efficiency but is no match for the equivalent cylinder model".

He opened the engine with a couple of tools, looked at the spark plugs and noted though my oil levels were high, the oil wasn't the problem.

He turned the engine over. It chugged, coughed and then died. "Ok I'll return tomorrow with my tool box and have a look".

"Do you have spare keys?"

"Have you been next to a micorwave?"

" I have been everywhere, not sure really"

"Could you try your other key and ring me back"

brrrllhhh brrrllhh .... brrrllhh brrrllhh
" Hi is that you joe.. you're a genius, how did you know, it started almost instantly"
"Yep your key has a chip which was probably ruined by going to neat a microwave. I alway advise my clients to have a spare key otherwise that's a lot of money for a tow. but go to your dealer and they will reprogramme it for you at 30 ukp. I'll come down later anyway"

And so he did.

The morale to all of this.

1.The experts: whether they're mechanics from reputable breakdown services or even broadcast professionals, don't always know best, even when it's basic.

2. The core of innovation comes from experince and literally getting you hands dirty with the tools. Working in ivory towers is great for your pay cheque, but it doesn't neccesarily mean you have solutions to this new digital broadcast paradigm or computerised-engine car.

3. The meek will inherit the earth.

4. Those presumed to have no power, often don't want it. What they want is just to find solutions

5. And this the last from my friend joe when asked where my garrage was. Don't use a so called expert within a cluster of other experts. They are in control. Go where your business will be valued by someone willing to spend time and effort and not clock watch. This ladies and gentlemen has always been my own motto for the students, clients, or journalists I have worked with.
Posted by Dr David Dunkley Gyimah at 2:33 pm