Millennialisation and the Fusion Approach - Seeing where your cohorts’ talents take them.

The Dean gave me a padlock, a metaphorically one. The current key represented the status quo of university learning, the polished well honed modular structure many of us have benefited from accruing knowledge and acumen for a range of careers.

For journalism it’s typically the pyramidal writing skills, broadcast reportage, law, principles of multimedia journalism, to name a few.
However this lock needed a new fob that read ‘millennialisation’. Millennialisation negates fixed frameworks in favour of fluidity, a start-up culture and the ability to ‘pick and mix’. Former IBM and Price Waterhouse consultant Chaudhry Faisal Mushta, now the chief executive of Roots Millennial in Pakistan, sees knowledge becoming uberised.
Today’s students have a “new set of values and cultures”, he told The Times Higher Education, adding, “If you can uber a cab you will be able to uber a qualification or an audience”, with costs, accessibility and security high up on the power point slide.
Doing the same mechanised thing from a single syllable has been the norm, however for millennials that no longer cuts it. There’s a dissonance which must now work, to be ‘a jack of all and different trades and master of them too’. Take journalism or any subject for that matter at higher education, it’ll have to be more agile offering the opportunity to build your own learning zone guided by educators who act as trouble-shooters, curators and knowledge and pastoral providers.
Fifteen years ago, pre-multimedia journalism we were one of the first to teach student journalists how to build their own sites using HTML, CSS with Flash action scripting, and film and edit their own reports. 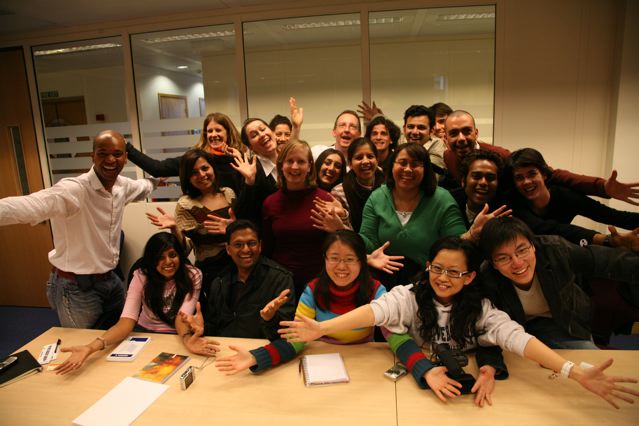 Rania below was one of my MA students from 2006. I met up with her in Egypt in 2009 for the first time which I recorded in this video. In 2015, I wrote her reference for a new chapter in her life studying an MA in film and documentary outside of Egypt.
Today a spectrum of learning outlets offer higher education curricula — from online Lynda.com to one day skill training at, say, The Guardian newspaper or the full YouTube experience for €1,705. They may not look like they’re in direct competition with the university ecosystem, but the governments’ attempt to make the education sector more market-driven will no doubt be the impetus for new players.
To that key then. What do millennials want and what can universities give them, or to be precise what can that key do to move our cohorts ahead of the curve? The answers are wide ranging, but that fob says ‘fusion’ and ‘beta labs’.
Returning to journalism as an example, what if we took journalism in its digital and analogue manifestations and fused it with cinema? It’s an unlikely and perhaps contested relationship. Over the course of a six-year part-time PhD at University College Dublin I wrestled with that relationship and its concomitant cognate fields: cognitivism, semiotics, memory, diversity in storytelling etc., and a literature review that delved into storytelling’s multiple theories.
US professor in journalism Michael Schudson writes journalism is a social construct influenced by literary and social conventions. Cineastes might easily say the same of cinema. There appear obvious differences but cinema, its visual language, montage etc. from which journalism gestated with a strict set of guidelines, is a major influence for millennials.
If you’ve watched Scott Pilgrims vs The World, there’s quite enough cues that could influence fresh deliberations in journalism, as exemplified by AJ+ below: the intense continuity, jump cuts, graphical overlay, irreverence, language syntax — all of which contributes to an accelerated cinema approach as cited by visual visionary Matt Hanson.
It’s interesting to note that AJ+, which riffs off this and MTV genres is barely three years old, but has made a significant impact in visualisation. Is there more out to be captured, particularly geared to the Net — which is ruleless? Yes!
If you’d like to see what AJ+ would have looked like in the early 1990s, this is what the BBC offered on an award-winning programme called Reportage, and yes I look like I’m five years old.
In fusing the two, and understanding their limitations and strengths, we re-explore territory opened by Robert Drew, Vertov Chris Marker, Forough Farrokhzad, Kathryn Bigelow, and Steven Soderbergh, and many more about how to capture and create language that is meaningful to audiences in rich, explicit and sometimes implicit ways. This doesn’t render traditional journalism obsolete, it’s seeing journalism from the millennial lens.
Think how many films today start with the monocle: “based on a true story”, e.g Hidden Figures (2016), and what if we had the means to sight such content and shape it before our big screen colleagues weave their magic.
Yes in some cases access would be an issue, but when I reflect on some of the stories I have been privy to, South Africans de facto voting to end segregation as a government policy, Chongqing’s burgeoning tech, and a journalism training programme in Lebanon, I see now missed opportunities. With the South African story, I covered this in 1994 as a radio doc for BBC Radio 4 and in 1999 for Channel 4 News as a feature piece.

No media is free of the influence of its creator, even journalism, so diversity, identity politics, philosophy and social behaviour become a necessity in cinema journalism. In traditional journalism these and others are tucked behind the cabinet — hidden figures indeed.
In spite of a reliance on tech, cinema journalism’s dependency revolves around critical thinking. Every frame counts . Critical thinking is a much oft used word, but not always made good on. Take social media, it’s viewed as a monolithic entity, when it’s not. Students and journalist cite tweets to confirm their own biases, without understanding the author who has 12 followers and tweets once a year and list hobbies wholly inappropriate to the story, discredits their credibility.
Cinema Journalism was one offering joined by interactive factual narratives — how coding beyond websites and apps can create fresh interfaces for engaging stories — then there’s photography. We’ve called this combo the Digital and Interactive storytelling LAB ( disLAB).
This fusion of disciplines, in which bots mix with business and journalism goes farther into machine learning, provides a framework for learning where discovery builds new theories to accompany the multiple ones that already exist. The myth that we can neatly explain the world in unitary grounded propositions discards the myriad cultural philosophical approaches.
How Trump won the US election cannot be so easily packaged into the anti-establishment mood of an electorate, anymore than Neil Postman’s ‘technology-sedating, consumption-engorging, instant-gratifying bubble’being the sole reason.
This calls on a greater onus on creativity and innovation as flagged up by a number of reports from the creative and business industries e.g. PWC surveying CEOs about what’s required for their workforce in the future.
In the new learning environment of millennials, hackathons, active learning in the community on real cases, collaborative learning with lecturers, trial and effort with failure built in as an index towards success the next time around, and more informal settings may be the other set of keys. Fusion sees students being in control, with educators seeing where their cohorts’ talents take them.
This is a story I made about three of my MA students whom I shared quality time with on their final projects. They graduated in 2014. 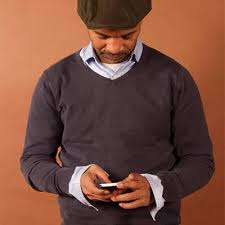 Dr David Dunkley Gyimah leads the Digital and Interactive Storytelling LAB, at the University of Westminster.

His postdoctoral work explores language and structure around ‘journalistic’ content, and how innovation is used to propel, enhance, and sometimes obfuscate meaning. He is behind the Cinema Journalism movement — a group of video journalist who are platform agnostic absorbing tech to create factual cinema.