The Matrix’s Legacy to Journalism is terrifyingly real . What can you do to help? 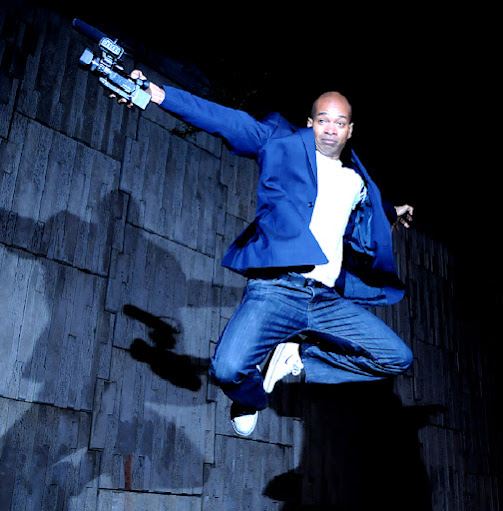 The ornate room, with royal blue painted oakwood doors I have just hurriedly entered, and sat down draws momentary attention from a dozen or so attendants. I nod. No one challenges me. Five mins later I realise I’m in the wrong meeting — a room of intelligence chiefs including a former CIA chief.

The discussion: open source Intel and whether all secrets should be made available.

You can find a ton of secrets on the Internet away one speaker says. I will interview James Woolsey in DC.

Then someone, a number of outfits, actually do. No need explaining what happens next.

Abored computer hacker seeking more to his life is wooed by a revolutionary group of hackers who seek an end to those that control the system. Simple really. But the Matrix resonates as both a reflection of and chiral of the human condition.

Source codes and undoing secrets is a major one thing, but 1999 when the Matrix was first released few could envision how Jungian philosophy, Hollywood’s mythical heroes’ journey, boyish and girlish intersectional desires and fantastical kung fu fights would pale in comparison to the “inevitable” that lay ahead.

The Matrix is a film. Facebook and its Metaverse and the Smiths it’s unleashed are not. Narcissistic programmed algorithms, the glaring enticing flicker of time hoovering likes and emojis explained in Nir Eyal’s Hooked, being plugged into devices that flood the veins with dopamine and cortisol, QAnon and dystopian theories, one after another. This is not a film.

It’s been 20 years since the first Matrix when I boarded a plane from London to New York purposefully to purchase my first Mac book. The return flight was much cheaper than buying a mac in the UK where the pound was colossal compared to the dollar. I had a pizza and took the next plane home. The Net then was generally benign and relatively few journalism networks gave it a chance. In 1999 too you could have purchased ABC.com

The Matrix’s siren was about disrupting, forewarning the dotcom boom of 2000 and DIYers — early adopters making their own films, writing code, decoupling from a system where originally you’d have to pay hundreds of pounds to an editor.

The very idea of having a platform. Me, a former in-care lad, who graduated at Maths and Chemistry and was bored, then headed to Apartheid South Africa to hack a career as a reporter, was way too alluring. In years to come it would appear to pay off some as I lectured on the Outernet (profiled on Apple) and videohyperlinking.

This short promo film I made embraced the spirit to disrupt, as lone reporter, the videojournalist — forerunner of mobile journalist — could create stories outside of editorial systems. But if the one wo/man band back then was championed. Today sees the need for greater collaboration.

The Matrix spoke to me and millions of others as an allegory of life. That’s what the best of cinema does. Spielberg speaks of War of the Worlds and its influences from Post 9/11. Kubric asked what happens when the machines take over — an enduring message to cyber military unfolding now.

If Neo wasn’t the de facto journalist trying to make us understand the nature and frailty of human pursuits against the behemoths, then at times I let my mind run amok. Underneath the carriage of science fiction was implicit science facts for journalism. Who controls what and why? Could journalists explain their stories and garner massive audiences too. Journalism is haemorrhaging, has been for a while.

The system that controls economies and livelihoods, when they crash as they did in 2008 no one e.g. banker is held accountable. Would you give up a steak for Gruel and a cause? Warnings after warnings about the planet choking; floods, famines, tornados, wild fires and poverty, yet industrialists continue burning fossil. And when the elephant in the room is a lie, why not call it out?

The next instalment of the Matrix appears, (I have not seen it yet) to revolve round a love story of the two main characters entering matrices of the lines of reality and ireality and a new threat. It’s just a film though. Two hours of escapism.

Yet now more than ever, some of the film’s easter eggs need revisiting. One of its earlier lines of enquiry was the idea of the individual’s prowess, a Descartian theme of “I think therefore I am” — that’s Neo.

Such blind individualism ( Neo was always reluctant) today appears highly misplaced. #BLM was about the collective. #MeToo too. Change requires a village if not cities to take head on the structures whose PR messaging distorts truths. The Father of PR Edward Bernays had always intentioned this in getting women to smoke or eggs and bacon as breakfast.

Such myopic faith in individualism may always have been flawed. Thatcher’s “there’s no such thing as society” was a whistle to end collectivism — real pulling together as one, which is what’s needed to address today’s untold issues.

I said this was about journalism. It is. There is and never was a perfect utility for journalism, and perhaps there never will be. It’s the reason why it’s continually contested.

Journalism is storytelling. It is culturally predisposed. It is class bound. It is whether you’re there to make a difference and the many that do are not paid handsomely, or that it’s a ticket to stardom. Both can be achieved but they’ll rub up each other. It is the matrix of pre-programmed beings offering a view of the world— some of whom can see their own sins.

Yet there is a singular thread that runs through journalism in a system where people can easily be led astray and believe so blindly in fairies, witches and unicorns, that is there own assumptions and be convincing to others. There is no COVID!%$!

That thread is to tell the truth — an act that weighs up different statements and then applying logic and humility reaches a state. Many do so in private but in public compromise for what it might do to their brand in the system. The thread is to expose events that have meaning for audiences and relay those through stories.

And however much you feel, or are an expert in journalism, you may not deny that being taught the idea of writing stories, and shooting video is not enough at any grad school. In a world of systems, culture (diversity) psychology, behaviour, economics, and history etc are integral to getting to truths.

If I were to make a film called Journalism’s Matrix it would make a case for a reboot. It would involve understanding that breaking free of the system places you in a new one — one where you seek not to wreck, but to find solutions. One where there’s a hippocratic oath as a framework, and that understands as a legacy storytelling is a selfless act.

I might even call it cinema journalism. It may require a third pill. 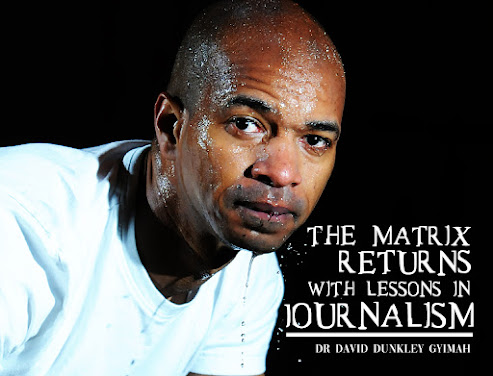 You can find out more on my stories looking at memory and Inception, wrestling with thermoclines in deep water dives, working on the Syrian border with brilliant Syrian filmmakers, making Obama’s 100 Days film and being a former foreign correspondent. Oh and being a former dancer on British Soul Train, by subscribing to my Medium Posts.

This year I’m a juror for the UK’s highest TV News Awards, the RTS, and was chair of the organising committee for the flagship future of journalism conf at Cardiff.