The changes to news and videojournalism

Coming from him a dye-in-the-wool BBC type, it got me thinking. It's something I addressed in my talks together with other techniques.

Before I talk about this go and look at this and below the page fold I'll speak about what's happening. 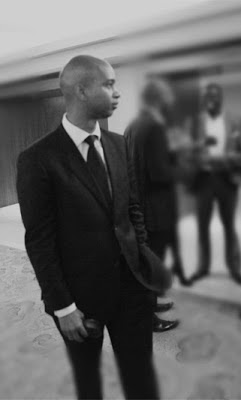 Did you take the test?  If you did it's akin to the following. The BBC and a lot of organisations are using different quality glass for news making, some are embracing the DSLR.

The effect invariably is that the viewer spends so much time looking at the pictures as to ignore what the reporter is saying.

This hyper-reality reportage, a term used by Jean Baudrillard who infamously minimised the gulf war, now requires a fresh approach to story form and its one that has not been sorted out, yet! What d'you think needs doing.

Historians will tell you documentary faced the same problem in particular the venerable Murrow.
Posted by Dr David Dunkley Gyimah at 8:26 pm 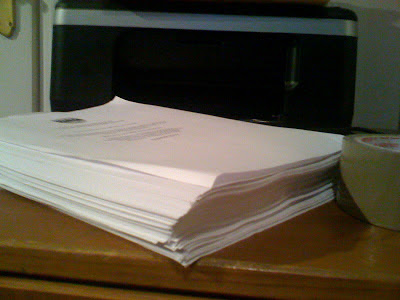 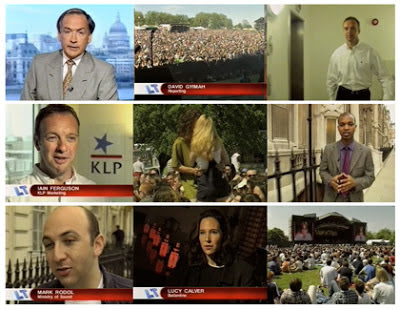 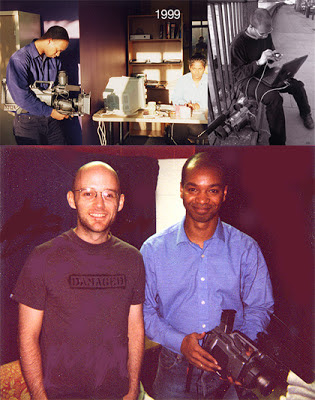 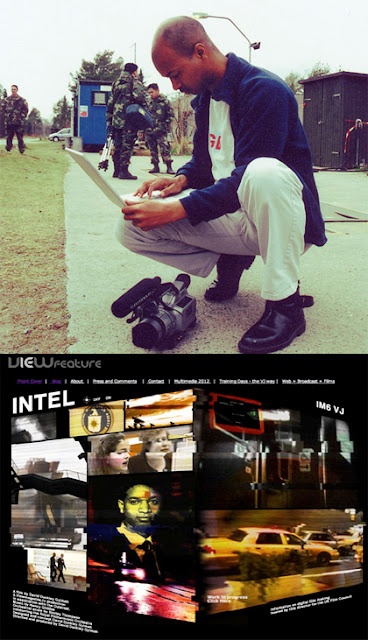 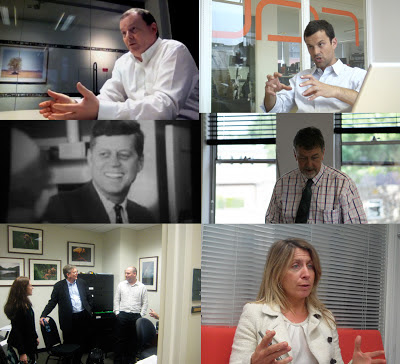 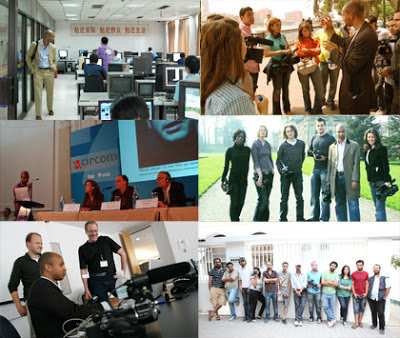 Drive, be Driven or drown in creative media, film & videojournalism

The stories we hear, the one's that stick with us are narratives about individuals, who possess definable qualities.

One of these is what the art world calls provenance -  a back story that provides a deep level of interest.

A painting found on a rubbish dump is picked up by a fisherman, who gives it to his daughter. 20 years later she comes across it in her loft and has it looked at. Turns out its worth a fortune and Sotherby's expect a bonanza sale which will make the struggling daughter, now a mother, a millionaire many times over.

It's an interesting story in itself, before provenance kicks in. 20 minutes before the sale, Sotherby's receive a call to halt the sale, a gentrifed family, providing a whole new different back story is claiming the picture was stolen from them 20 years ago

They have no evidence of the theft, but they can prove it's theirs.  And they will only give the daughter 25% of the sale. The painting is now worth considerably more.

In all of us lies a back story, but it's knowing how to tap into it, how it can be harnessed and how it serves as a source of intrigue or inspiration, and to whom.

Where you're from, how you got here and where you're going matter.  Curtis Jackson's story aka 50 Cent I recently watched on MTV, like many rappers, is steeped in provenance, as is one of the world's most famous men's designers, Ozwald Boateng, proving its not exclusive to art.

No one starts of famous or well known, unless they're born into privilege. Ozwald Boateng answered the call: Drive, be driven or drown, and has the most fascinating back story.

From outside tailoring stock, he penetrated the hallowed lines of Saville Row. A Brit, with Ghanaian parents dared to think the impossible taking to designing in his teens. In the 1990s he staged a fashion shoot in Russia, then several fashion shows in Paris before making his way into the Brit psyche.

I might know because I have known him for more than 20 years and directed one of his first features back in the days when we would hang out in his Ladbroke Grove home,where he would struggle to fit the stars.

Today, Will Smith, Samuel L Jackson, Royalty... there are few stars he has not dressed.

Creatives driven to the top have provenance and its the back story that provides currency for as many times they might drowns, but come back again.

Licked by life's fires these individuals scour new peaks on a regular basis.  The higher they go the more rarified the air becomes. Fires can't burn without oxygen. New challenges await them.

Drive, be driven or drown, should be your mantra for 2013 - if it isn't already and you want your provenance to work.

Rewind to the beginning of this tale. There is no institutional, common place way of doing things that you frankly want. You, me et al are searching for ourselves somewhere within the text, beats, zoom, and digital movements of someone else that we can make our own.

The answer as a blueprint, though personal stories differ, is:

A friend starts a new job today. I'm wishing her the very best. Quietly driven, she has provenance and a story to tell which partly inspired this post. It brings me back to:  Drive, be driven or drown.

This alliteration is life's journey and in finding it in others, it made me self reflect on its application.  A note of caution though, provenance depends on you the recipient deciding its level of interest, not me the teller believing in its sense of importance.