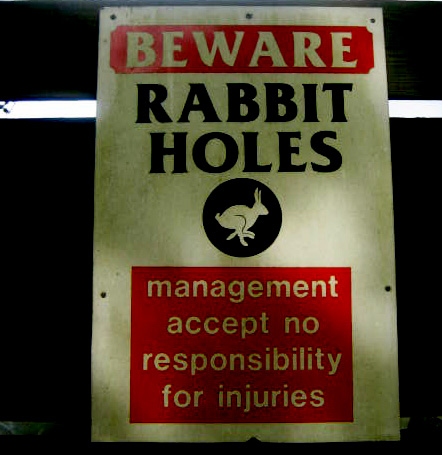 It’s that tingling, numbing sensation in the fingers, closely followed by the perennial fight to keep your eyes open. Focus, focus! There’s a flaw in the code. What’s more there’s another three days ahead of this. The room, intermittently, visited by others, displays cans of strewn cola and pizzas — the diet of start-upers.
Memories like this don't leave you; all part of the lifestyle - death marches and rabbit holes. That  scene in the matrix where Seraph has to fight Neo and declares you don't know what someone  is like unti you fight them. Well, in the dotcom boom you didn't know what a person was really like until they're really tired and find that little extra mile of problem-solving neurons.

Soho 2001 seems a long time ago, but in 2016 a new generation is at it. In 10 contact days spread over 10 weeks in between a raft of other modules a group of students with no prior knowledge of the web and comms will have the opportunity to go from zero to heros pitching their sites at a google exec at google headquarters in London, but first there is the little matter of understanding what it takes to create a site.

There was a time when when there was a clear division of labour: Front end folks e.g. designers and project managers were the presentables, a mix of casual and denims. Back enders, usually coders and system engineers looked like they worked the vice squad undercover, and then there are the intermediaries such as SEO marketeers and data analysts.

In the visceral multiskilled world of millennia with zero hour contracts,  'bait and switch' policies and heightened risk taking, you'd be a fool if you didn't try and understand the mechanics of the whole work flow. This is the era of the jack of all trades and master of all. Paradoxically, that doesn't mean becoming a loner on the basis you can do it all.


In 1998 I learned to code, but was so hung up on the narcism of showing my stuff that I struggled at what to show and how. Agency do it with aplomb attributing success to the team. On your own, beating your chest can come across as self-aggrandisement syndrome.

I took the plunge anyway with this I found on wayback, the Internet archive being one of the first scrawled (2003) designs, using HTML and Flash. It looks awful by today’s standards, but back in the days, it held its own. You can see also my influences from this comparative screen grab of Channel 4 about the same time.

I took the plung anyway with this I found on wayback, the Internet archive being one of the first scrawled (2003) designs, using HTML and Flash. It looks awful by today's standards, but back in the days, it held its own. You can see also my influences from this comparative screen grab of Channel 4 about the same time.

But guess what, whilst Channel 4 had a team of web coders and designers, I was just me.

Amongst some of my top stories at the time, my film work with heavyweight champion Lennox Lewis fighting Tyson, an interview with a former head of the CIA about their new recruiting policy, a diving expedition to the cold waters of Gallipoli and my international work in South Africa and its townships freelancing for the BBC World Service.

In 2003, the traditional route, still employed by broadcasters to get noticed was a showreel on VHS. The VHS has since been dropped, but broadcasters are still fixated on the opening 15 seconds of what you look like and how you sound. I would later find out it was one of the biggest barriers to hiring minorities, on the basis you just didn't look and sound right.

Now, today our media has a place to breath, but what's the skinny on tooling up yourself?

Our students in ten weeks do the following

Presenting at the BBC World Service and Channel 4 News 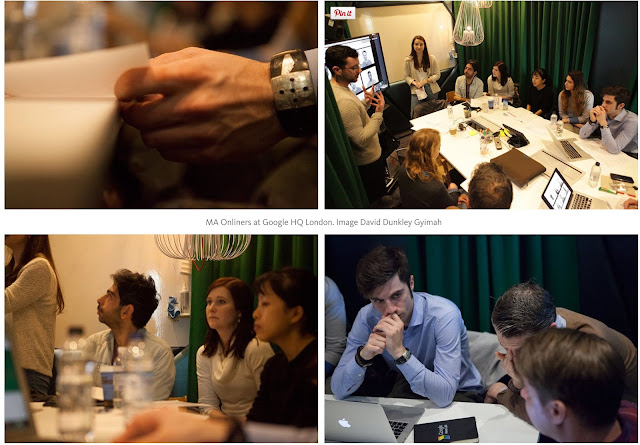 This year's Onliners presenting at Google.

A couple of take aways here. Whilst the emphasis appears to be laid on skills, which is necessary, the main investigations involve cognitive skills at understanding the psychology of websites. For instance, why would anyone come to your site? What's their motive? What do you want from them? How do they navigate your site? How do colours affect them? How is your writing style tempered to the audience?

The issues coupled with the whole concept of web design become the rabbit hole. It becomes addictive. On several occasions students will express at the end of the course that they never want to go near a site again. Many email me to say they are now working in online.


There is one abiding memory that I have which keeps me focused and spurs me on. That if you have the potential, if you believe in what you can achieve, if your dreams keep you excited, then online is not a job, it’s a window into your world that showcases whet you want and others may take some joy from too.

In 2005, I won ( a dream) one of the US' most coveted international digital awards, the Knight Batten for a website that has changed since but was built on these principles. Since then many of the students I have been fortunate to interact with have come close to their dreams.

And all because of Death Marches and Rabbit Holes.

Posted by Dr David Dunkley Gyimah at 10:27 am