Re-making television in the new age 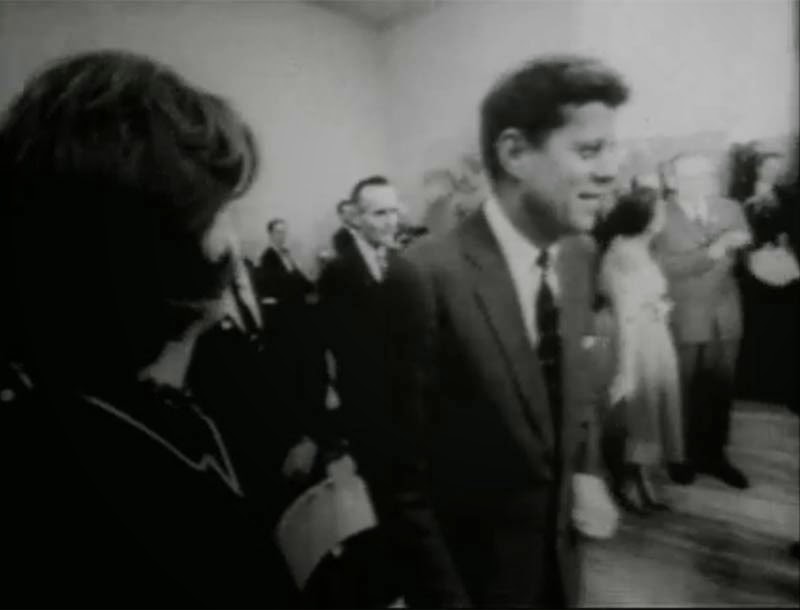 I know what you're thinking.

Some of you might know the figure. It's Kennedy.

To some that may not mean a whole lot. It's an old picture.

We live in a world where old is antique. A decade is a century. A year, an eternity. The moment is now.

Don't worry. It's a generational thing. In the seminal 1950s film Rebel without a Cause showing the rise of youth angst, the antipathy to things old, like parents is visibly on display.

So here's what I was thinking when I chose this image. One of the people, the producers, who created this film featuring a future president...imagine that, today trying to film Obama before he became president... was Robert Drew.

Robert Drew was a former pilot, before he became a journalist. Then in the 1960s around the age of 40, he invented a new film language, and a new camera, and a film that fundamentally shaped the world you and I occupy.

Last month, the great Robert Drew died aged 90. He was a generous person with his time and I was lucky to interview him a couple of years ago, tapping that huge mind, mining history.


So what has Robert Drew got to do with Reinventing TV?

I could tell you that to invent the future, you need to understand the past. It's true but a bit glib.

But listen to this story. It's what I gleaned from listening to Drew.

I'm seated now with my mac, my googleglass, peering out of the window looking at squirrels scurry around playfully. Oh and my cupa tea.

Imagine it's 1960. Some fifty years ago. Television is a rare thing. Drew has an idea. A decade earlier, only a handful of people had television sets.

It was too expensive and nothing of note was on. But gradually people started to buy this box and place it squarely in their room. The habit of huddling around the radio listening to radio shows was transferred to TV.

It's fair to say, at the start of TV, executives were fairly innocent. At CBS, a few twenty-something year olds tasked with developing the medium couldn't believe the freedom they had.

All the grey men in suits would leave them alone. Television was a bit like the Xbox -  a plaything.

Then one day CBS's young turks have a fright. The boss joined their morning meeting. Advertisers too were willing to pay big bucks, because they'd realised something.

By stealth, a new medium had wormed its way into the heart of people's lives, in the middle of their social space - the living room.

It's like placing a fox in a pen of chickens.

Powerful people and bodies realised they could speak directly to their electorate and influence hearts and minds.

Forces set up to regulate television would soon give way to the powerful.

In 1960s, Drew, an innovator, pioneer and all around American, got a chance to play a part in the new television. He would summarily be passed off.

The forces behind TV had come to recognise its social and political importance.  And they were not going to cede control to anyone, even someone who wanted to make TV better.

Instead as Drew told me, they took his equipment and made off to reinforce their ideas.

Today second to the Defense industry in the US, television, as part of the news and entertainment industry is a multi-billion pound industry.

How do you reform it?

Somewhat! But so far no!

This is not about tech, it's political. It's about competing for a space in your living room, in your home, in your comfort zone.

How do you reform television?

Jeff Jarvis, an inveterate innovative media speaker and professor at CUNY university in New York has invited 20 people to look at this.  I am honoured to be one of them.

If you're in New York or want to tune into find out, I look forward to it. Here's the full list: