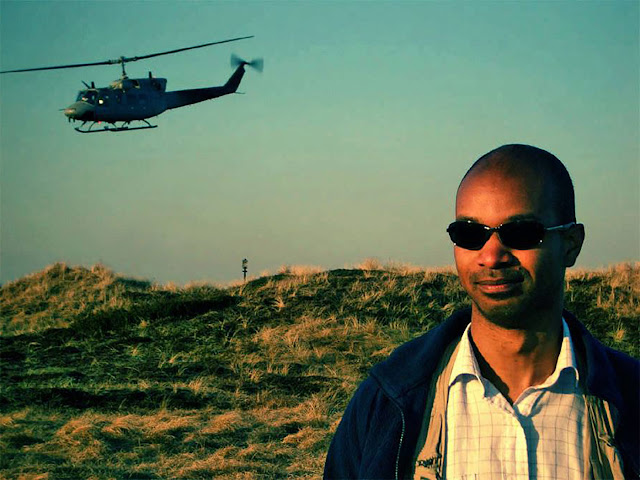 “The stories have really brought worldly conflicts to the table and have shown the disparities of diverse human views”, 22-year old Steffi from the Phillipines told the Guardian newspaper.

You’d be forgiven for thinking Steffi, like other interviewees, are debating Victor Orbán’s endgame with the EU or the global pandemic but, no. She’s referring to the world’s most profitable movie Marvel’s Avengers Endgame.

“Why is it young people will watch fictional cinema of an event but they won’t bother with the same one in news?”, asks 25-year-old Wenwen from China.

Fifteen years ago I led a team of international journalists through Nato’s simulated war program. It was a high profile project in which we travelled from Northolt’s military base to Sweden on her Majesty’s Royal jet. You can see the insignia above the headrest on my seat. Outside the plane a fighter jet accompanied us in British airspace.

The military wanted to know more about how the media might cover asymmetric wars. Watch these two short ( 1 min )videos. We’re in a ditch trying to report on a car full injured people. But surrounding us are snipers who’ve trained their laser scope on us. What do we do?

I told the military about an emerging phenomenon in journalism and how a generation related to news through a cinematic experience. “It wasn’t entirely new” I said, “you could go back to Star Wars which represented the conflict between super powers”. But something else was happening amongst the socially media literate.

At the World Editors Forum in Sweden to a gathering of hundreds of people I said the one man/ woman crew as video journalists were driving this, but it wasn’t focused on equipment per se. Video, Mobile, Drone, these are all styles of journalism in themselves but attached to modes of equipment.

A cinema journalist approaches a story like a director on a movie set. What can I use to best tell this story. It’s a mindset. This was made in 2005 way before TikTok.

In the UK working with the Press Association over five years we’d transformed Britain’s regional journalist from writers to video journalists. It was a success in conversion, but new practitioners easily defaulted to styles they lifted from traditional journalism seen on television.