Grab a camera and VJ 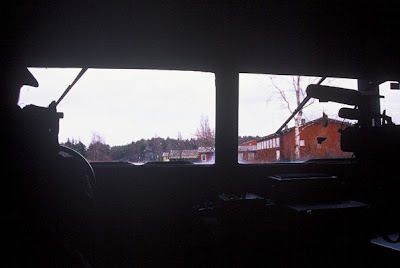 In the 80s legions of young people blew their life savings on the latest reversioned moog, a Roland TB-303.

A fair few were untrained musicians but, with music coarsing their veins had an ear for street and what a generation wanted to listen to other than what the majors were pushing out.

Bedrooms doubled as recording studios; late night experimenting with samples and loops produced a crop of tunes that would define the new landscape.

Paul Hardcastle's 17, A Guy called Gerald; stateside, Chicago House kicked in. Either side of this movement, forces coalesced and the rest for the music industry is evident today.

In 2001 at the BBC's inuaguration of videojournalism via Michael Rosenblum, I stood in front of the editors about to co-op this new form into their newsrooms.

One BBC Editor seeing some films made by colleagues and me from Channel One TV - the first all VJ news station in London - chewed me out.

"But that looks like any old television news. What's so clever about that?"

My reponse was swift. That was video journalism with BVW cameras and a language which attempted not to alienate its audience. Yes it was TV news, with better sequences, but made by one person.

Then, video's moog hit the stands; the BBC passed out its first, second and so on batch of video journalists and the language of DIY TV entered what chemists wait for, critical mass. That was the UK at any rate.

And it's that language which continues to evolve. It's not prescriptive, and I would argue has no fixed template, which is why anyone with a camera and films to boot can call themselves a VJ.

The similarities with the divisions of young people calling themselves producers can't be lost.

But as in many professions there's the good, bad and er yep darn ugly. This shouldn't stop us experimenting. The key to getting where we are as VJs; you only have to look at the International Video journalism awards to see the range, is to shoot and shoot.

Because just as film making, which is VJ in a nutshell, has evolved, so should VJs style bible. And that includes the traditional look of TV made by one person if that cooks your goose, to the "dirty" look, handheld n' all epitomised in US shows like The Shield, Homicide and Bourne

So far we're still somewhat subservient to the lingua franca of Television, but that's changing. If anything VJ may come to define TV's paradigm ( er really!) just as the major record companies wrenching from the loss of their market decided to bring this "street music" into their corporate fold.

Yep that's right grab a camera and VJ. What's the worse that could happen.
Posted by Dr David Dunkley Gyimah at 11:29 pm

The Paul Hardcastle track is title "19".

Dr David Dunkley Gyimah said...
This comment has been removed by the author.
10:42 pm BST

I could pretend that was a plant to see if anyone would respond, since I have the track here nenenineteen, but truth it was a genuine slip. buut it's great to have your correction.

Shall I leave the slip there. See if anyone else comes back or should I correct.

:) I'll leave it. I'm human after all and make mistakes

Now that's set me off

dpntwrk don't tell me you didn't listen to these :)