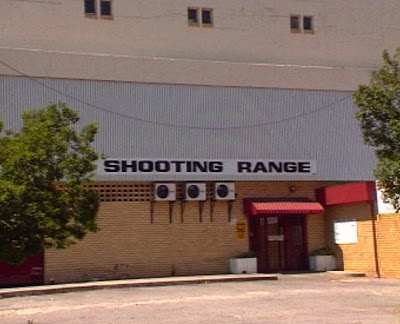 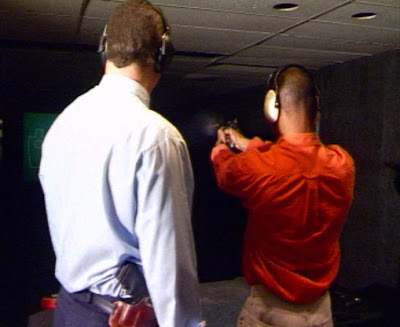 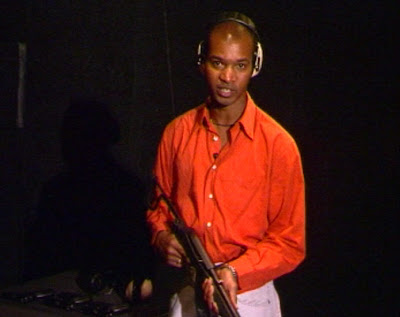 You see if you're in the US or South Africa or states where firearms are permitted this stuff is second nature. The mere sight of a holstered gun in the US or SA fills me with dread.

Ghana's one of the most passive states in Africa in gun crime; though there's been the odd news reports surrounding related crime of late. Many blame the legacy of Sierra Leone, Liberia and Cote D'ivoire.

Anyway I digress. In the United States of Africa - a six part videojournalism led series between South Africa and Ghana's public TV services - I had a plan.

Take the Ghanaians to a shooting range in Joburg. It was an experience for all. There was no bravado, just trying to capture what it is about this cold piece of steel.

A broadcaster-friend at the time was besides himself when his flat was ransacked. They took money, CD players etc, but it was his firearm that gave him the most concern. He'd have to go report it to the authorities. In Yeoville, Joburg, at the time very, very few people I knew had a gun.

The shooting range was a strange experience. The worst, I'd discharged 5 rounds instead of 6 and damn well nearly got myself into trouble handing the piece back to the instructor.

"KEEP IT POINTING DOWN" he barked.

Some bright spark me eh!

Producer, director, editor ( he doesn't like the word VJ) Scott Rensberger showed a report he made from literally stumbling upon an event- a gun fest. He won't mind me posting as he gave me the report. Here's another scary one before that.

However there's a fine line in this - as I'm sure some people will revell in the spectacle. Not Scott's intention or mine either.

Anyway, what's the point of all this. Well the terrible event in Liverpool and while fingers are being pointed at communities, criminals, my bent is there's a lot more TV can do as well.

Our broadcast was to add to a debate, but for what it's worth here in the UK, this issue needs to be a more sustained one with education and information at the heart of it.
Posted by Dr David Dunkley Gyimah at 11:51 pm