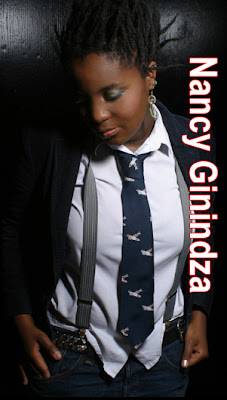 Nancy who does almost all the music at viewmagazine.tv is looking for you a manager.

This from her myspace which go listen to her music

"E in motion is a young girl who was born in Swaziland the kingdom in the sky, in the South of Africa. her name is Nancy, born in 1986 she grew up listening to african jazz, american jazz, the police, brenda fasi, black mambazo, neil young, ronny jordan, jimi hendrix, tracy chapman, Duran Duran. and as she grew into her own, she started listening to a wider variety of popular music, from kwaito to heavy metal. "