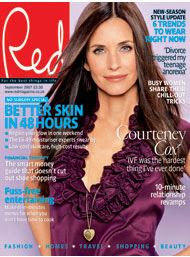 Rachel North (yep that's not her) was caught up in one of London's Tube bombings. Couple of years earlier she's been brutally sexually assaulted. She features in this August's Red Magazine.

I interviewed Rachel for Viewmagazine when we were both panelists at the WeMedia Global Forum. She's a gutsy, strong, focused woman.

After the Tube ( Subway) bombings her voice became louder; not in decibels, but reach. She became that rarest of new journalists the super blogger, then soon she was writing for the nationals and now she has a book out.

Here's a her story here in video. Apologies in advance. I'm using production methods available a year ago, so you'll have to wait for the video to load. In time I'll change that to the latest production methods which plays almost instantaneously.
Posted by Dr David Dunkley Gyimah at 10:09 am