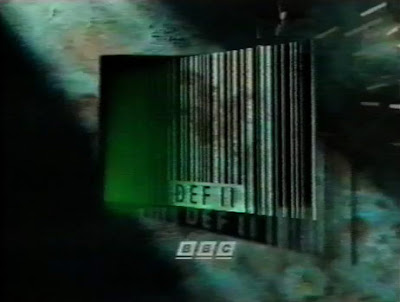 Each generation has its muse. Each generation either produces a legacy in programming for others to study or talks of one that stood above the crowd. Current.TV and Youtube are today's de rigeur. Look back in time and this is one reccommendation.

When the very idea of treating young people as adults, giving them a huge responsibilty to produce their own programmes in current affairs would have been considered ill-thought out, the BBC came up with Reportage. 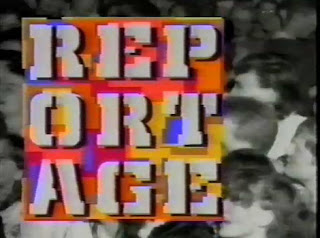 In fact it followed on the back end of Network 7, Janet Street Porters creation. In this report on viewmagazine.tv, firstly a snap shot of the programme and one of its typical features as I cover juvenile crime.

And then on viewmagazine's menu a more indepth look at its contribution.

In case you're not convinced here's 5 reason why the programme had that little bit of something else and why if you're considering a current affairs prog, you could do yourself some good by studying it at making your own contemporary brand.

1. It was made by young people in their 20s, so they knew what was happening on the ground which they fed into the prog

2. It had an attitude. Everyone there would have been considered as top of their game. So rather than process stories the unit actively broke many stories that would have taken ages to develop elsewhere in the schedules

4. It spoke to its constituents rather than patronise them and was allowed to experiment and in some cases fail. Programmes were pulled if not considered worthy

5. It operated almost like an agency. Everyone contributed. It was almost like BBC Training on the job as many of its staffers who left would go on to bigger programmes and have since become key players in British broadcasting

Watch it and make your own mind up. Video Journalism? Nothing is what it seems. Reportage was shooting with hi8s in 1992
Posted by Dr David Dunkley Gyimah at 11:28 pm

I remember watching Reportage, back in the day and loved the vibrancy, energy and information it provided.

I remember one particular programme, looking at joining the army. I think it was titled "Conscript or Contrick" or possibly "Contract or Contrick".

It also covered the issue of Gerry Adams who was considered so evil that his voice was not allowed to be broadcast on the TV, but a transcript of his words could be read by an actor or reporter.

I think for now the internet, maybe the main source of diverse news coverage packed in a short digestible format for the teens to twenties.

After all, you now have free speech and expression for the masses and the niches.