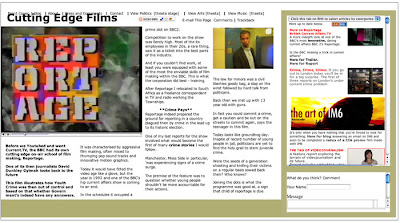 Feeble responses, knee jerk reactions, liberal laws, lack of social understanding; when you look back on successive governments no one has had a clue how to deal with crime.

Is there a way?

Many agencies and critics have provided focus, but with governments this is politics and what's right for people as opposed to political careers and ideologies won't necessarily see the light of day.

This is a report I made for the BBC's network current affairs programme in, wait for it, 1992 about youth crime.

When you watch it you might ask what's changed?

I guess a lot more rhetoric from all sides, but understanding? That's debatable .

The argument and I believe a strong one is that if you've never experienced or been privy to war and its consequences, it's easier to do war.

If you've never see the ruins of crime, been at the coal face to be covered in its grime or taken an active social interest, not because you have to, but because you want to, then tackling crime appears problematic.
Posted by Dr David Dunkley Gyimah at 8:41 am