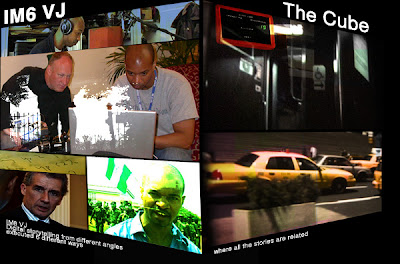 
I bang on (British expression) about the Outernet and video deep linking quite a bit because a) I'm delluded and b) think within game theory it has the potential to do something.

All stories have a thread which have tangential roots elsewhere - an nth degree of culmination. Often we streamline that process to tell you a 1.30 linear story on TV news, filled out to 40 mins as a doc, if lucky; and then 1hour.50 mins if Hollywood gets its hands on and 4 hours if you're a Bollywood fan.

Believe me I have had my fair share of Seeta and Geeta, Sholay and The Burning Train -70s Indian films.

My parents are Ghanaian and I have spent a fair amount of time in Ghana and one thing that sticks with me is the powerful impression of oral storytelling. Sometimes I could barely understand the vernacular, but the stories, one person standing up and handing over to another person and so magically unfolded like a huge quilt.

While linking allows us to drill for info (much like my Ghanaian storytellers passing it on), its not uncommon for links on a page to take on that detached expression of news. The blog could act as the bridge between personalisation and impersonal to add/stregthen a story, but then. . .

Examining one of the Outernet projects I co-built a while back which was the runners-up in Channel 4s digital media comp, the power of play, cause and effect, win win, was an intrinsic variable.

Game theory cropped up again when myself and a colleague, Chris Horrie presented to Vin Ray - a senior figure at the BBC - our model of a virtual learning newsroom. The BBC subsequently acquired the idea, using us as consultants to build its flagship journalism training programme for its Journalism college. Nice! but nooooo we 're not rich as a result; our university didn't do too bad though. 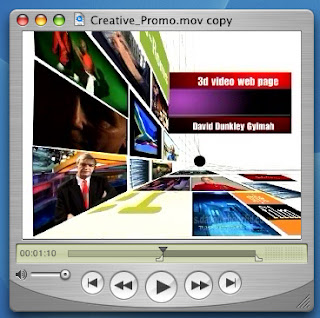 Spatial planning - the essence of information architect lends a hand in the next idea I'm currently coding. The IM6 project presented as a cuboid has an interesting rubikness about it, peeling back on a story within its finite sides: 6 in fact. But all connected in some way, which is where the numerated bullets at the top fit in.

I have long argued that a 3d interface web would be a boon for the representation of data and information, so I'm enjoying pulling various assets together. There's an end game which would likely involve speaking to someone at EA Games, but that thought is for another blog
Posted by Dr David Dunkley Gyimah at 6:24 pm