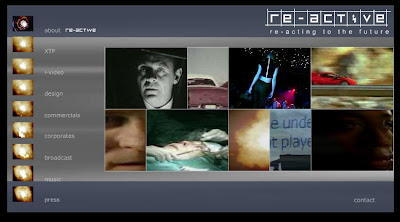 If you think you haven't here's a salutory tale.

A friend, Rochel, in the NY has a problem. The new shiny website required by her CEO is due the next day. The designs have come in and the CEO is mad. They're not up to scratch.

Meanwhile, the designer who's been working flat out is exasparated. Wayne, the project manager, who appears to have dragged his feet has left the project.

So Rochel who's been brought in with T-18 hours has been asked to fix this. Yep she's been dumped upon.

Firstly couple of things emerge. The original project manager, Wayne, had little experience of managing web based projects and his knowledge of design in this area appeared limited.

Secondly, the designer Todd has been crying out for content which looks like it was not forth coming and his time on the project has run out. In fact he's just eaten in to his own budget by pulling in two Flash designers.

Thirdly Rochel has been asked by the CEO to ring this designer up and balls him out.

Not a recipe for game theory win-win.

All the above help, but they form a larger part of the problem, You're seeking a solution. Mantra, solution not problems.

So the first thing I'd suggest is to put yourself in the designer's shoes.

Most likely by now Todd's fed up, frustrated, mad, has had sleepless nights and easily blames the Wayne -project manager who said to him: "I know your work, do what you can".

So you need to get the designer back on your side, because in reality, you may well want him to go beyond the call of duty, with no extra funds. Do not go nuclear on the phone. If he walks you're all up **** creek. Be firm and polite and offer solutions.

If you have a friend who is a designer even better, get him/her to help shape some designs on your existing one. Don't ask for radically different designs as a) It'll involves too much work b) The designer doing the work will get mightily cheesed of.

My suggestion was a brief polite phone call to clear the air with the possibility of either repeat business (something you're CEO would want to avoid) or recommendations that the designer has crisis management skills.

Most business like someone who can pull out of a crisis with no collateral damage.

All designers have a vested interest in their work, so want to do the best.

If you can get him to send you the design with modifications to colour, font, and layout, then get the CEO and a couple others together.

In many cases it's about ownership. The CEO wants to know she made the ultimate decision. Options help her do this.

From there make some add on - subtract suggestions: an image here, Flash component there. Remember the clock's ticking.

Return this to your designer and execute a number of toll gates throughout the day. You're at the end of a phone/skype, so each time he moves forward on a page template and daughter pagers, you get to sign off.

As it happens, there was no sign off regime in the last relationship.

If it looks good praise the designer. That's important. The more confidence he gets back, the more he'll rise to the challenge.

Don't wait for all the content to come your way to send over. Send it over with specific instructions where it should go. As its taking shape ask the desiger what he/she thinks.

If they're negative, then don't blame them, you plough ahead. If they're positive you've got them on your side.

If you're now planning the big favour - can I have video here? - Make it known this a "transation in the bank" - I owe you one.

With all this said and done, it may get sticky on the way. Whatever yo do, don't go nuclear. Unless that is you have another designer on stand by.

When it's all done. Hold that post mortem and if you feel in the end the designer was not ultimately at fault. Most designers do what they're told to do, make it up by a token, gift and a warm thanks.

David worked as a creative director and project manager on various high profile projects for re active - a soho based interactive ad agency - managed by a former head of TV at Saatchi and Saatchi.
Posted by Dr David Dunkley Gyimah at 10:17 am