Video journalism - where do you start? 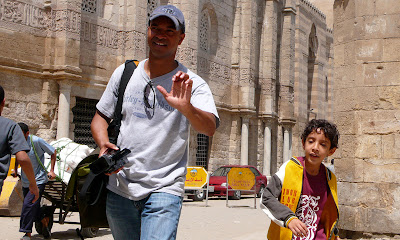 Ok So what is it?

1. It's a journalist with a video camera. You don't have to be a journalist per se. but there are legal, and policy issues to consider which most TV journalism courses make you aware of. Vj's need both reportge and camera legal training.

2. It's not new. You can trace its origins to the birth of cinematography, and the absence of a director. In the 60s, there were camera/ directors working at the BBC wth Bolex cameras whom you could describe as video journalists.

3. It's relevant now because it allows low entry into broadbandcasting. If you're a skilled visual essayist or experimental - world's your oyster.


How does it work? 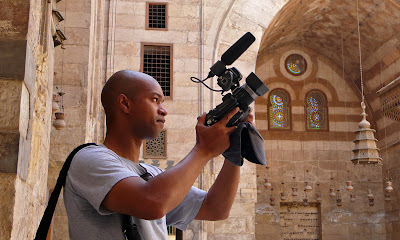 1. You don't need gear costing you hundreds of pounds - a lap top and good camera and you're off.

2. It's not television and why would you want to compete with television. It's a more intimate language in its own.

3. There are techniques that will set you up to understanding video journalism. The rest is about inspiration. 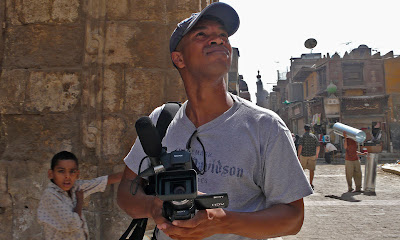 Why do I need it?

2. We naturally watch television. If it's no good we'll turn off.

3. You're creating a new history for your publication with archive that may soon recoup some of your money.

4. It'll equip your newsroom with next generation journalists, ie is versatile journalists who can make films, news packages, podcasts and more.

5.You're making your own shows - Here at viewmagazine.tv - The Ferrari, War Games, and Brodcastcast quality international reportage -are all part of the portfolio 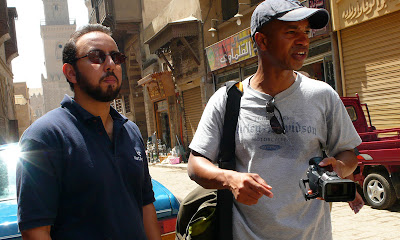 1. Sure, commitment from you and your bosses.

2. Dedication and determination. As Rob Montgomery would say its's technique not technology. 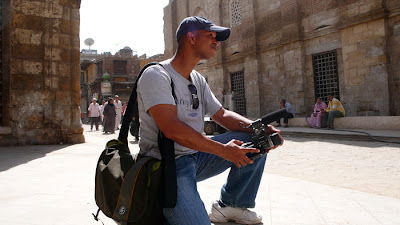 So what's the fuss about?

Managers are led to believe it will costs hundreds of thousands of pounds. It doesn't.

Print journalists take to it faily easiily because they're not burden with the dos and don't of TV. In my next film, I'm going to "cross the line" ( an imaginary180 degree line ) but the cut works. 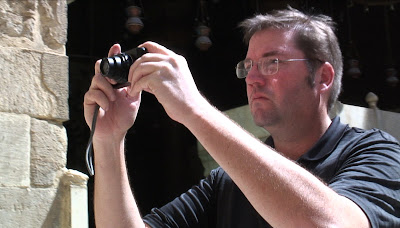 Soon - a VJ shoot from the "City of the Dead".
Posted by Dr David Dunkley Gyimah at 3:53 pm

Can't wait to see the this in the form of an infomercial, possibly at viewmagazine.tv and the Quinn publishing ™ format you've devised.

With papers and broadcasters having their own youtube channel. Trying not lose out the user generated market by embracing it, whilst fighting for shrinking audience or readers in traditional offline markets.

How could someone generate the large sums of revenue, you spoke of earlier in the blog, mooted on some sites?

This is one of the driving forces behind the FUD campaign from the old school TV shooter detractors - they no longer have exclusivity in producing compelling content for potential broadcast as well as web distribution.

Now anyone can make a go at working as a Solo VJ.

Thanks for keeping it real mate!