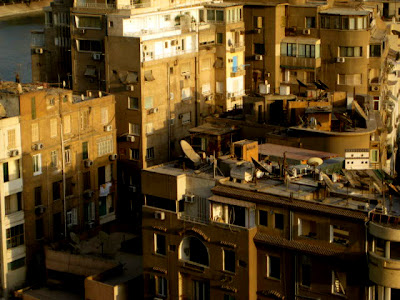 One of the few words I came away with from Egypt was IBM = Inshala Bukem Malesh, which effectively says something like "if God wills but it's unlikely to happen". Nice huh!

So on a couple of occasions: you'll hear someone say "IBM" and then we'd afford ourselves a wry smile.

We left Egypt on the start day of Ramadan and the stories about the region during this time flew thick and fast.

Firstly the working day is cut short. People head off home at 3ish. I mean Everyone. You've heard of grid lock I was told but you aint seen anything yet. But despite this rush, a few things we did observe: large banners which when translated offered anyone passing the chance to sit down and eat for free.

Many friends joked that during Ramadan the country is in chill mode and the million dollar question say friends is why can't it be like this most of the time.
Posted by Dr David Dunkley Gyimah at 5:34 pm