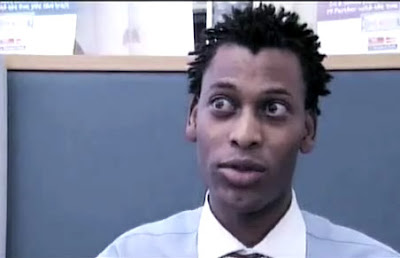 "I don't want affirmative action to continue", says one of South Africa's talented youth, in this doc by Viewmagazine's David

It's always going to be incendiary reporting South Africa with race centre stage, particularly in the context of employment and affirmative action .

The BBC's report this morning had some choice moments, taking a town to serve as a microcosm of South Africa and seeking to find out what each side, black and white, felt about the impact of this policy.

One woman suggested with indignity and pejudicial slant "We have helped them" or thereabouts, and these emerging blacks are now buying swanky cars, while another suggested "affirmative action hasn't gone far enough", and one of the last clips that these blacks are being given jobs with little qualifications.

On the Successor Generation, a doc, radio, net piece, first made for BBC Radio such views were not uncommon, as were those who advocated that they would have to be a time limit on affirmitive action.

We don't want it going on like it does in the states, says an interview. See the doc here.

360 Degree Reporting
My bone, was not the report but the manner in which we so try to simplify complex debates, not a problem in itself, but that they should be given a forum to allow for greater expression.

Yes you could argue where does that stop then?

Shall all reports have a circular 360 degree dimension?

Perhaps, as much as possible to allow listeners a chance to engage and expand on the debate to get a wider understanding.

The BBC's report sets an agenda because it's the BBC, but there's nothing to stop the corporation from linking to say SABC radio who might debate this issue in greater detail, in the manner of "Any Answers".

Or providing its own forum to Q and A.

Yes, yes, yes blogs is one avenue, but with the amount of broadcast web technology and propensity for peopple to want to engage, at the very least, deploy skype as a conference set up for us to q the reporter.

The days of linking radio or podcasts in the same way we do text will one day, one day, be upon us, when it allows for a much better rigorous understanding of issues which sometimes eschew such deconstructions.

The BBC's mistake over 'The Trouble with Black Men" is an example of this. The programme may have been provocative, not giving anyone the forum to debate your findings does not reach the evolving and sandshifting threshold of future journalism
Posted by Dr David Dunkley Gyimah at 7:23 am

I spent a couple of years in that part of the world - what puzzles me is what happened to all the unskilled Afrikaans who worked in the low-skill sinecures with the post office, the railroads etc? They must surely be a desparate underclass these days?

. . . and it thus begs a greater look and coverage of these issues.
3-5 minute reports just aren't enough. The issues are way too complex.
Oddly enough it was the BBC that led me to go to SA in 92, b'cuz of my zeal to know more beyond the headlines