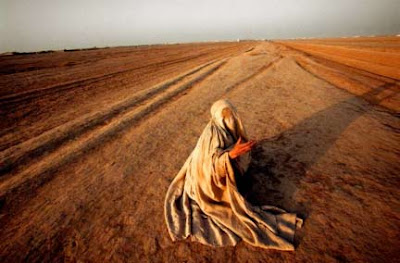 "The photograph, its singularity in capturing a moment in time has held fast from its inception via the camera obscura but in a digital age, is there more that could be delivered?


No Frames is both a digital exploration of the textuallity and aesthetics of photography and an attempt to discover different narratives states available to the user".

Creative Space
Its nearing Phd week, in which we all gather at The Smart Lab for intense sessions of methodology and presentations.

The beauty of these gatherings is having colleagues with disciplines markedly different to your own add to and critique your work.

It often takes a new set of eyes or someone not close to your work to help create fresh ideas within the cracks and identify new threads. 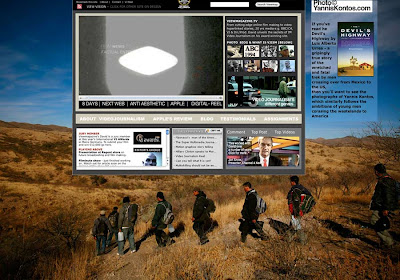 Video and photography - a more obvious coming together on Viewmagazine.tv. providing a backdrop.

If you've read he Devil's Highway by Luis Alberto Urrea - a gripping true story of the wretched and fatal trek by men crossing over from Mexico to the US, then you'll want to see the photographs of Yannis Kontos.

Yannis' photos follows Coyotes and then picks up from the US border where these immigrants risking a grisly death make their way across desert wastelands in search of a better living in the US.


Pre Olympics
Prior to the UK's Olympic bid, I was invited to a creative meeting at Canary Wharf, the 25th floor of a building where in a round setting some of the UK's household names in the creative industry brain stormed ideas.

I had a proposal around photography. Sorry, call it video-photography, which I would later show to one of the key figures within Arts - Olympic movement.

It sounds obtuse here without going into a whole lot of detail, but it would later become one of the planks of interest in innovation in story telling and The Outernet at Smart Lab [different definition from that on Wiki].

And because life is circular, this week I have a meeting with the same key figure from the Arts.

Some of my colleagues have already critiqued the lengthier proposal; the brief version I have inserted above and I'm grateful for that.

Within the Arts there are huge opportunities, as well as challenges for visual story tellers, which are often delivered as personal interpretations.

But are the two strands video journalism and digital video art so different. The obvious answer is the simpler one.

But if we explore areas such as cross media platform working, gaming and follow the work of the Prix Ars Electronica started in 79, as video was taken off, there's a different debate to be had.

It's worth remembering that the movement video journalism has a rich seam and lineage dating back to the 60s and in particularly the 70s with excellent work from Czech visualists [ &^! lost the link.. mist find it].


Television and the Arts
Not withstanding the Turners and Bookers, television increasingly finds it difficult to report or convey the Arts to a wider audience.

Yes we all have moments scratching our heads, but there are countless moments when a story captures the zeitgeist.

Earlier this year I reported from the South Bank how Edinburgh Festival organisers felt television had abandon the arts and a possible remedy using video journalism.

That brought back memories working a story of inmates at Wormwood Scrubs, a high security prison, making works of art.

Their art became the canvas for them to talk about themselves. I spent a weekend on the wing.

I wish I could show you the whole 10 minute video, but by now some of the inmates serving life - which can often be 15 years - may be released.

They did not sign any release forms at the time and even if they did it would not have crossed anyone's mind this would go on the net.

But this was a more obvious marriage of video journalism and Art, but the challenge, the challenge, is to push the boundaries of this creative video form so that it says things only it could only do, tells a story that is not prescriptive, turns a white piece of paper into a montage of feelings, and looks for that which is not obvious.

No frames then may not sound so absurd after all.
Posted by Dr David Dunkley Gyimah at 9:44 pm