911 - the chronicled events should be accessible 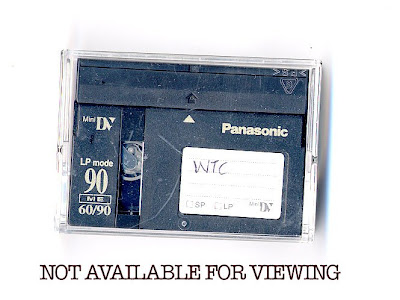 There is a chance a generation may be unaware of events such as the First or Second World War, The Bay of Pigs, The Cuban Crisis, Falklands War, The Final Solution or use of the word, Jesse Owens running in Berlin, Lockerbie, The Civil Rights movement, landing on the moon... and the list goes on.

Why are they important. Do I really need to qualify?

They're of such magnitude; they shaped where we are, attitudes, cultures, people and politics, reinforcing words such as hegemony, neo- whatever and paradigm.

A collision of classical and contemporary history with underlying philosophies that remind us where we go wrong.

We know of such events, even if we were not born at the time because cinema, television, radio and now the richness of the net informs us.

Producers set out to retell these stories, to keep those memories alive which yields memorials and days of commemoration.

Video is a powerful tool here and its ubiquity should be such that any of these historical events should be available to watch and view without remuneration. They are part of the public psyche and have their place reserved.

So last week as I showed the events of 911 to new cohorts.

I made the point, that the video I'm showing I have no currency to air or transmit online because the tapes belong to an organisation, most likely an agency.

Now I have worked for an agency myself, WTN, World Wide Television News, before it was folded into APTV.

But I am of the belief that some things should be free- to-be accessed by anyone to watch and reproduce. True Creative Commons at work.

Visual material from Nasa is, and the BBC's Director General has spoken of and allowed some of the BBC's content to be downloaded and mashed-up.

While I acknowledge how the business of video selling works, it does sadden me that to get access to such footage, you'd have to pay anywhere between 1000 UKP per minute upwards.

Just as there are public works of art, granted you can't paint on top of them, there should be a repository of public video, so events such as the aforementioned are kept in the conscious.

If you're a philanthropist or benefactor, I can think of one way of spending money for public good, that many, including myself would be grateful.

In the meantime, all I can show you is this tape cover, with the stark words that will forever make us pause for thought: WTC.
Posted by Dr David Dunkley Gyimah at 10:24 am