Get the new Video Journalist Camera 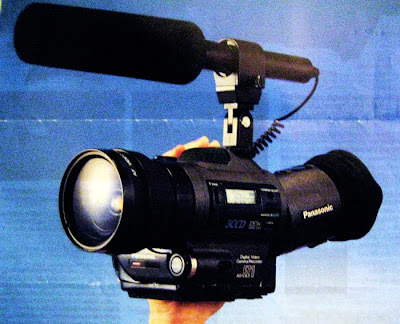 It did have some good features, but then disappeared. Wondered whatever happened to it?

Meanwhile over at Mediashift interesting post about a lecturer requesting a student stop blogging the course.

There's more than that, but this an archetypal scenario where technology is ahead of policy.

I first got blogged in lecturers about three years ago. In fact some students felt I was telling them they wouldn't find jobs.

The industry is a changing I said. " Oh dear" my thought bubbles returned a week later when I read some of their posts.

We talked about it, but it took a couple of BBC bods et al to talk to them later in the year, before their fears were assuaged and a new post brought on a wry smile.

I hope they're all doing great things out there now.

Blogging Inside
Clearly there has to be some tacit agreement on blogging et al. It's a fab tool, but can be disruptive and personalises an ecosystem where the free-flow of ideas should be encouraged.

Also, you do need to be a wee careful. Most universities operate a policy, which while blogging may not have been considered, does cover areas related to conduct and behaviour. Check the small print.

Me, sometimes on occasions I say all sorts of things about my work with industry, in which I'll then throw up Chatham House rules.

But ultimately it's going to be about trust.
Posted by Dr David Dunkley Gyimah at 9:00 pm