Why Newspapers will see off TV 2 - Lenslinger said... zzzz

Pictorial Timelines of a changing industry - a personal perspective 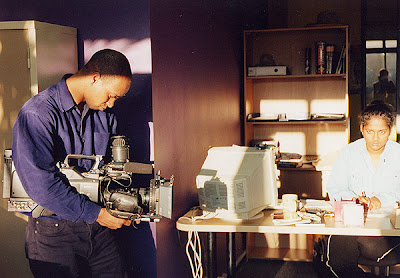 Channel 4 Doc shot on digibeta in South Africa. I'd first arrived in South Africa in 1992 and had shot and produced a number of stories. When Channel 4 News decided they were not going to send a correspondent over to South Africa during the 99 election, I flew out to shoot this which I sold as a buy-in to the news and put together five years later the website

Lenslinger has clearly had enough. Wherever you are the subject draws a sharp reaction.

In this case less so, one word "zzzzz" screams much better than an alternative reply.

Any title with newspapers and video in the same sentence will draw a peak from google's alerts. 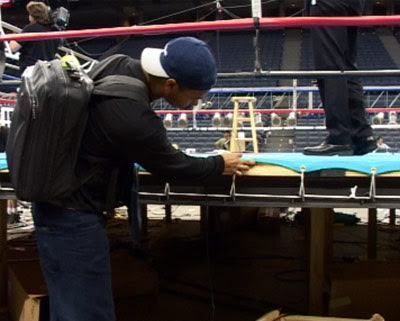 The fight of the century, working with Lennox Lewis and filming his fight. The VX2000 does the job. I looked around on the weigh in and about three people among 40/50 had DVCams. Here I'm touching the ring to see how padded it is for when boxers hit the deck

It's bound to; it's about livelihoods, and which person this time (???, er that would be me) giving off pretentious incoherent opinions, which perhaps neither sound sensible nor intelligent.

In essence this is not about a them or us, though a trawl through viewmagazine reveals lots of those along the lines of websters verses traditional.

The larger picture ( OMG I'm falling asleep now. zzzz) is about what the industry might look like in a couple of years. 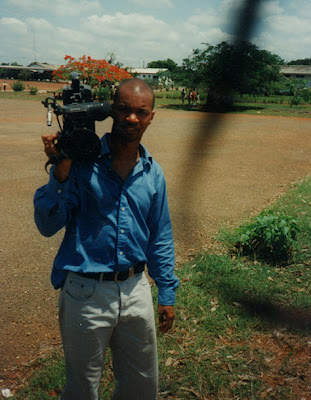 The trusty and sturdy BVW with beta provided the means for a robust shoot in Ghana, as Ecomog forces prepared themselves for an operation in Liberia. On hand was the US Special Forces sharing military tactics. For a piece to camera I simply handed the camera to one of the military to hold steady. In this clip I have added the original broadcast from Ghana's 1982 coup in which many of my class mates including me were caught up in the fire fight

You could say we'll always need big bands - a reference to how once many predicted the onset of the synthesiser would erode live music.

I tried out the Sony's HD tapeless cam recently on a shoot -sublime! 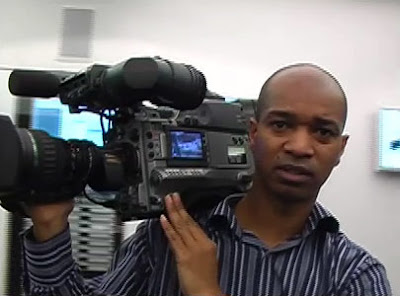 Sony's tapeless camera- sublime. used it for a shoot in France

But the industry is not the one I recognise even from this shoot in the late 90s for Channel 4 News in South Africa, and Special Forces training for Ecowas soldiers going to Liberia. In 87 when I entered it.... forgel aboul it

I showed some of my students my trusty Uher recently - the look on their faces! 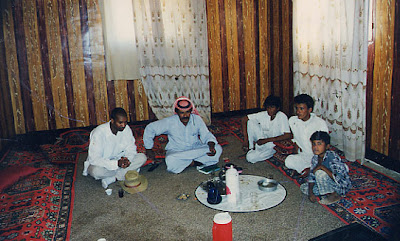 The death of King Hussein sees me in Jordan shooting a feature. This time the Vx1000 is the camera of choice. Here I'm being being entertained by a family. For Channel 4 News, anchor Jon Snow and I produce an inhouse feature on the day - No Video available

How we retool, re-engineer, rethink, in light of the Youtubes, googles and heavens knows IPTV on its way is something broadcast/media managers have had endless meetings about.

The change paradigm doesn't completely erode traditional practices, but puts pressure on jobs both in price and variation: the auditors have said that much. I remember when I could command twice the fee for camera work, so it's how we adapt to that change.

Actually a couple of friends have said forgel aboul it and set up resturaunts.

Otherwise some like the brilliant and perhaps one of the best all round cameramen of his generation, Claudio Von Planta - who' shot everything from Borneo jungles, up the Himalayas with the British Army ( he's ex army himself) to Ewan Macgregor travelling around the world on a bike, have thrown their hands up and are looking to alternatives

In a forthcoming feature which I've finished shooting, a Telegraph exec talks about how a memo circulating the BBC talks about how the web team should up their game citing a few newspapers as the ones to beat. 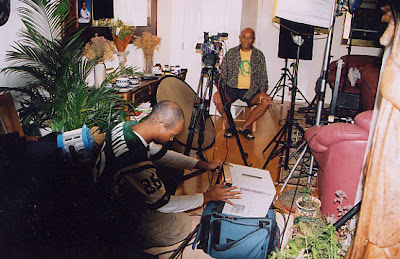 Shooting a doc about Bob Marley with his manager in London. This time we've got the whole rig, blondes, reds going on, with the luxury of a monitor, but we're using a PD150 with a mounted lens. Videos still not been cut but some lovely original pics of Marley will be posted soon

Naka Nathaniel at the New York Times talks about being at CNN for a few days and the reaction from the CNN crew - that this is the future.

Not my words, but then you'd argue you're being anecdotal. (Yawn - yep it's catching)

"I could find you a dozen others saying the converse" brr who said that!

In the end I suppose it's about choice ( that does it - last freaking word). We change, we don't change. And at the moment newspapers in the UK, I couldn't talk about the US, are doing some changing.

Incidently I read recently some figures I stumbled across ( must find out where) that said TV viewing figures in the UK were holding well. 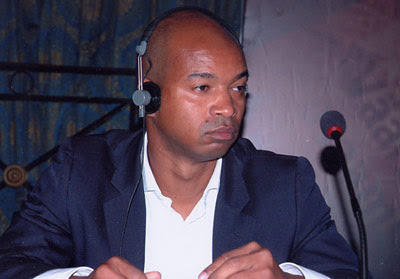 Lenslinger is one of the many detractors who feels that his experience gives him justification to see things only his way and piss off to anyone who sees things differently.

Newspapers will put TV in its place IMO. They have the resources to provide more news and cover it better - TV is too bogged down in its antiquated way of covering news - static shot of outside building, standup, bad on camera lighting - I see it all the time. He may shoot differently, but the bottom line is the vast majority of current TV shooters content I have seen is horrid.

Yeah - we all need to shoot with shoulder mount cameras as we ALL know it makes a shooter look more professional and makes the content look that much better. (Sarcasm Mine

Yeah - shooters like Claudio who work with a single chip A1U just aren't as professional as those who shoot with 3 chip shoulder mounts. (Whatever)

I've had my run ins recently with detractors like Lenslinger - it's basically the same diatribe - different day routine.

I'll put my nearly twenty years of experience up against your laptop fantasies any day. Wanna talk smack? Man up and do it at lenslinger.com. Putz.