Please pass this on - You could help save a life 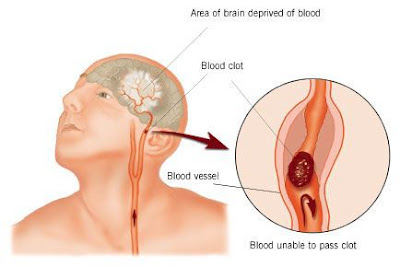 – the Talking or Tongue stretching

– the Raising of Hands

My nurse friend sent this and encouraged me to post it and spread the word. I agree.

If everyone can remember something this simple, we could save some folks. Seriously..

STROKE IDENTIFICATION:
During a BBQ, a friend stumbled and took a little fall - she assured everyone that she was fine (they offered to call paramedics) .....she said she had just tripped over a brick because of her new shoes.

They got her cleaned up and got her a new plate of food. While she appeared a bit shaken up, Ingrid went about enjoying herself the rest of the evening.

Ingrid's husband called later telling everyone that his wife had been taken to the hospital - (at 6:00 pm Ingrid passed away.) She had suffered a stroke at the BBQ. Had they known how to identify the signs of a stroke, perhaps Ingrid would be with us today. Some don't die.... they end up in a helpless, hopeless condition instead.

It only takes a minute to read this...
A neurologist says that if he can get to a stroke victim within 3 hours he can totally reverse the effects of a stroke... totally . He said the trick was getting a stroke recognized, diagnosed, and then getting the patient medically cared for within 3 hours, which is tough.

RECOGNIZING A STROKE
Thank God for the sense to remember the "3" steps, STR . Read and Learn!


Now doctors say a bystander can recognize a stroke by asking three simple questions:
S * Ask the individual to SMILE.
T * Ask the person to TALK and SPEAK A SIMPLE SENTENCE (Coherently)
(i.e. It is sunny out today)
R * Ask him or her to RAISE BOTH ARMS.

If he or she has trouble with ANY ONE of these tasks, call 999/911 immediately and describe the symptoms to the dispatcher. < /FONT>

NOTE: Another 'sign' of a stroke is this: Ask the person to 'stick' out his tongue.. If the tongue is 'crooked', if it goes to one side or the other , that is also an indication of a stroke.

A cardiologist says if everyone who gets this e-mail sends it to 10 people; you can bet that at least one life will be saved.
Posted by Dr David Dunkley Gyimah at 8:33 pm