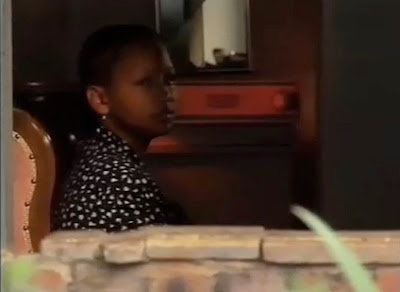 Thru the eyes of a child circa 1992 - an 11 year old gives her assessment of South Africa, with a fresh-faced David presenting the programme from their edit room in Rivonia, Joburg. 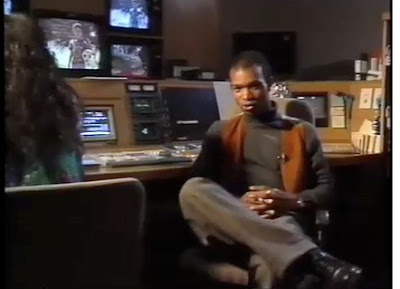 No more Mandelas features Fergal Keane, the BBC's foreign Corr at the time of SA's political transition, returning to the country to ask about Mandela's legacy and the new President of the ANC Jacob Zuma, whether he has the right character to lead the country.

Jacob Zuma has been charged with corruption; he denies all charges.

If you have no recollection of South Africa's seggregationist politics called Apartheid, reminiscent once of US laws, then it might be difficult to appreciate the country's incredible journey.

In the ABC Newsroom near the SABC where I worked, and where the BBC, ITN, WTN and many other foreign networks were housed, the conversation would invariably, during the run up to the 94 election, be along the lines of, "what if".

I remember showing around IRN, Independent radio News, reporters who landed within the election run asking what the potential for a blow up was.

The media waited with bated breath. Would she, wouldn't she?

It is testimony to all, not least the politicians such as Mr Mandela that the country held its nerve and the networks disengaged from the region taking flight to Rwanda.

It was the beginning of some harrowing reportage from that region.

In the slip stream of Zuma's election presidency when it comes to that, the networks will be back in SA; not as post Decade of Democracy reportage, but subtext that dare not speak its name.

Which corner will South Africa turn?

There are a number of features I made from the region during my 18month stay, but two in particular remain dear to me.

Partly because they have sociolgical angles to them: Veronique here was 12 at the time we made this programme and says a number of things you might find interesting, then my First and Second time voters who cherished the ideals of voting.

This caught my attention. Whoever it was in Ghana's Cup of Nations that let this slip ought to take a history lesson or two. On a lamp poster extoling the arrival of the South African's someone used the old South Africa flag; the Apartheid one.
Posted by Dr David Dunkley Gyimah at 10:45 am