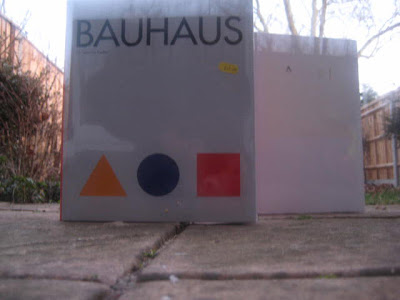 Just picked up two amazing books for a bargain price of 20 UKP.

One's on Bauhaus design and the other from an amazing design outfit called the Attic Seeing is Believing and this book is a wealth of inspiration - from anything such as web design, typography, motion graphics and trippy things.

The process of design meets journalism has crystalised three main core areas for me in this new new thing.