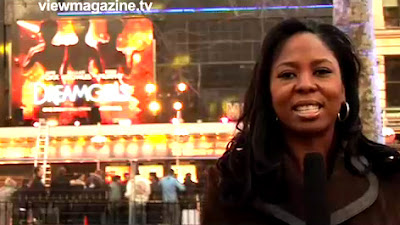 Great News. This afternoon I heard from a good friend - also a former Masters student of mine - who's got the gig she's been after since we first met, working in LA, for Sky's new entertainment network.

Dionne deserves all the credit in her new life; she's worked odd jobs, slept on couches, worried about her finances, but remained resolute and focused.

In her student days she got herself onto the red carpet for Sin City and bagged some good interviews, and a couple of years ago she braved the cold to interview the stars of Dream Girls, which you can see below in pics and the short feature we made, where we leave the camera rolling to catch the behind-the-scene chatter.

In life you get what you strive for, ambition isn't a dirty word: if you work hard you'll be rewarded. Luck sometimes is something engineered out of circumstances and the numbers game and no more is this all exemplified in Dionne's success.

I,We her friends, wish Dionne all the best.

p.s Lucky girl. She's been invited to the Grammys by some big cheese that recorded a Beyonce track

+++++
Dionne at work on the DreamGirls Red Carpet 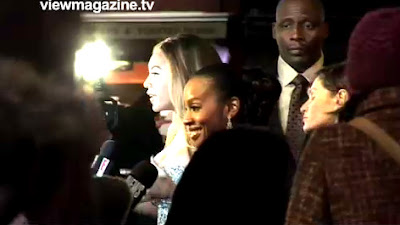 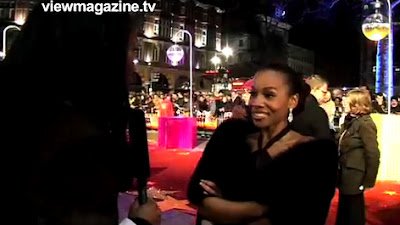 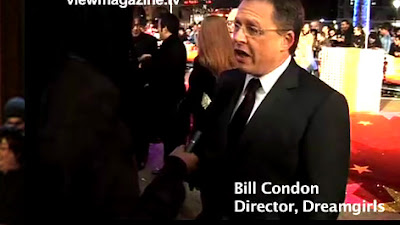 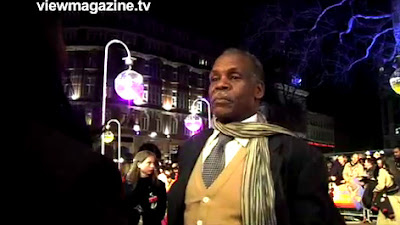