What's the point of websites 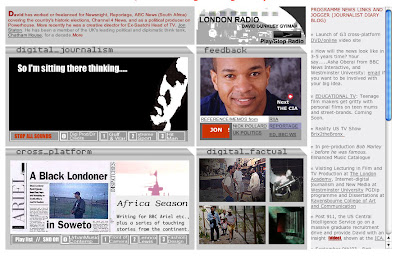 We've been here before.

For me in 1997 having produced a site showing my work I wrestled with the notion of what looked like self aggrandisement.

Unsure I emailed a friend: " Is a personable site nothing more that the vanity of placing a mirror in one's back pocket?"

The web was corporate; a window to a business' world but personal sites?

But for franchisees like me, what was the point?

But we, me, published into a black hole nonetheless.

Today, any such luck or determination to build your own site should be met with squeals of derision.

Why bother when there are enough off-the-shelf solutions at no cost to get you a web presence.

Any number of blog sites will do, but of course the daddy of playing the web field is Facebook.

So why would you want a website, when everything's there on plate - at which point I half expect a chorus of deshevilled chilrden to break into song with this doctored verse?

"Ere now, Oliver, you just copy Dodger
and I'll help you out with the words, alright? So it's
"I'll have anything"

Why would you not want a prefab portcabin house with its plethora facilities, available on demand? 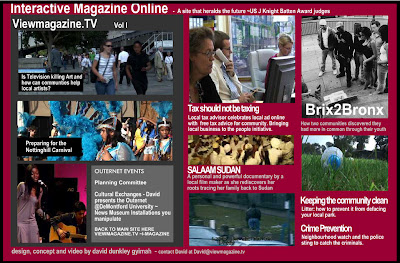 It answers itself, but not quite enough.

I look at viewmagazine.tv and my ask why bother?

Though when I peruse theronin, or HillmanCurtis I'm certain in my assessment.

Branding and characterstics; that certain je ne sais quoi which provides you with that distinctiveness and aura of being.

Facebook may be the best site going, but you'll not see the BBC, or Guardian jettison their brand to go all out Facebook native.

But that's it then.

It's not an exclusive deal either or but and "and".

But where then do we see the distinctions in form and function between our Face and our own sites?

It won't be lost on any of us why we have Facebook; it's not so much a platform, as a Killer medium funneling considerable day time, and night energies.

In part it's the low hanging coconut; drink and you'll feel good, avoid and your daily fix of hugs and pinches will leave you looking cold turkey.

As facebook encroaches on the apps ground of web site building, it'll be up to those that want to be different to up their game.

By that, content that's so compelling, outlays that ooze immersion, playability that would have WII addicts wanting to stop by.

Truth, we're not there yet.

These intermittent web growth spurts indicate with some trend extrapolating there's more juice ahead in what we're trying to do.

The most absurb twinning of courses: computer science and journalism, may have had you doubled over laughing a year ago, however today, you're fearing the worse.

CSS go.. CSS go.. We're a limited time away when journalists will have to know CSS, action scripting and XML as a matter of course.

Because what they are likely to encounter in this new rift we're opening will be unimaginable compared to now.

WSWYG may render a lot of code knowledge redundant, but perversely understanding what it means will make you better lay person underneath the bonnet.

If you've ever tried to check whether the oil in your car needs changing when your partner has no clue, you'll understand what I mean.

Even more intriguing we have absolutely no idea what algortithms will emerge from the bowels on google to rank that precious piece of copy.

Key words
Don't sneer or feel despondent if the following fail to set you on fire; there's time yet.

Since my work for the past few years has involved web design, I have to say the moment I picked up the skills to read CSS (with the help of the excellent WIndows based CSS editor Topstyle)I have had an easier time making use of it - especially with canned web apps like Wordpress.

Needless to say, forcing myself to learn CSS (I'm at a intermediate level at most - just enough to make myself dangerous)was one of the best things I could have done. I still don't grasp doing CSS layouts, but I understand enough of it to manipulate the basic structure of a webpage - and it sure makes using templates alot easier.