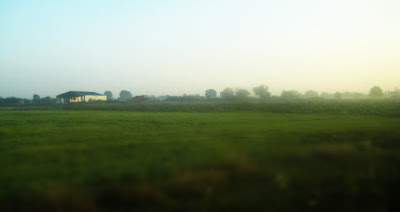 And then there was Christmas

Three hour journey on the MI to Sheffield and beyond took seven and a half hours - Roadworks -arggh.

But the two days have been sublime.

Tucked in the attic in farm country we listened to the original recordings from this thing called "records" from labels such as stax, King, and Blue Note.

But the best bits included:

It was one epiphany after another.

That posting with added fibre soon - a refreshed outlook to multimedia.

Ladies and Gentleman one piece of news that I think we'll have fun with includes an interview I have been pursuing for a while which now has the green light.

It is the interview I feel you'd like to hear from one of the key figures working for that leading media house talking about the new things they have planned et al.

And over the days/ weeks before it, a plan on how you might share in the event.

Meanwhile, more on the man who by this time next year if he gets the funding he so desperately wants will have changed the media industry in a way that will be cataclysmic.

We spoke a couple of days ago and he's pening an article for viewmagazine.tv

He reminds me of that Gene Hackman character in Enemy of the State.

He is one of the world's leading encoders, able to write realms of raw code without error.

But if you google him he doesn't exist.

However evveryone that has had a whif of what he's doing is in awe and that includes one of the world's most powerful media moguls who sent him a personal note.

This is truly, truly big.

Meanwhile a recut to an earlier film I made in which I held back an aspect of the film, which now I can tell, and I figure it may just make you laugh with amusement.

All very cryptic.. but sorry, seven hours driving with no sleep the day before, I just wanted to get this of my chest.

David - the teasing is almost too much to bear mate.

Didn't realize one could drive for seven hours in the UK and not drop off into the ocean ;-)

That music takes me back to my childhood - no typical Beach Boys/Beatles/what have you music. Gimme Mowtown - The Supremes, Temptations, Marvin Gaye, Stevie Wonder, Aretha Franklin - oh yeah - that's the stuff!

Glad to hear you made it back home safe.