How to launch a news video service in London - What's wrong with the news! 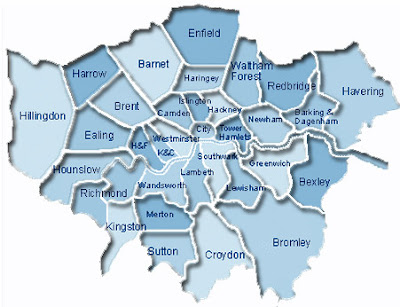 One of the most intriguing aspects of regional vid news in London is the lack of it, unless you consider the half hour squeezed from traditional broadcasters as adequate.

Take this map above, its a representation of the number of boroughs/ municipals that make up London.

It has several local newspapers - sometimes as much as three per borough competing with each other.

There are an estimated 7.5 million people of diverse culture in the capital, which generates huge sums of money.

According to the national statistics online here are some other interesting figures
Posted by Dr David Dunkley Gyimah at 8:40 am