Have an original idea - the people you love to hate 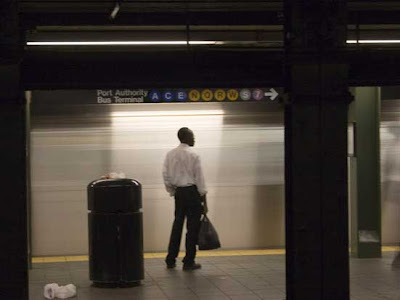 You know them, they quote the Bard, Joyce's Ulysses, and claim to have understood Rushdie's Verses, even though they'd never read em.

I was working at Channel 4 News at the time, when The Satanic Verses was released.

But then in yesterday's post I mentioned: Alan Kay, Ted Nelson and Vannevar Bush.

"The difficulty with this article is knowing which part of it to leave out of a submission to Pseud's Corner...."

He could have been refering to other areas.

But I posted a reply agreeing in part...


The trouble...
The issue I have with the opening para of this post is the unfamiliar names.

Well not entirely, if you get what I mean, but the bit that forces one out of their comfort zone so much that a whole piece becomes inpenetrable can be a pain.

Then there's the equally sinful quoting said figures in succession of each other to support a skewed point.

But worse is when you realise aftewards that the author hasn't said anything worthwhile. They've not had an original thought.

The last one gets me, cuz whilst I believe a lot of what I like talking about is rooted in the past: cameras - degeurotype; the web-memex, it's tiring hearing all that pat again, if you've heard it the first time.

What I like is a repository of ideas discussing the new new things, with context, but with a fresh take.

Furthermore I'd prefer if it wasn't so abstract: Mathematics and Multimedia, getouta here.

Though... though... there's a wee point in this: "Wanna know about water don't ask a fish"

Paul Brannan, BBC Exec would make me laugh when I'd extend an invitation for him to pop over to the universty to talk to students.

"Oh good", he'd remark, "I might be in for some original ideas, which I can lift and claim are mine".

The last bit he was joking about.

We're for ever lifting ideas and remoulding them. This very post is here courtesy of anonymous, but I guess it's the level at which we quote chapter and verse that can become irritable.

Rework ideas, rework em.. that bit at least i hope showed its crown from yesterday's post.

In the end it's that mantra that keeps coming back and that which you feel impassioned and passionate about.

Verbosity is...
I had a teacher in the boarding school I grew up in Ghana.

He used to say "Let taciturnity and serenity be achieved in this architectural edifice".

Effectively, be quiet in the classroom.

We'd never laughed so hard, but soon stopped with wry smiles when we discovered he meant it. That's the way he spoke.

Can't say I have ever quoted Joyce et al in an article, and never will, but the idea of tieing up different thoughts to make a point stick is the stuff of PhD thesis, which ( hick) puts me in a wierd space or not according to the last piece.

But this post/blog is no place for self aggrandisment, but as I've said a notebook of scribbles and ideas; brain dumps, a sort of functional Tourette's Syndrome.

And when it doesn't that's when the fun really starts, because that forces you to ponder, rethink those ideas, refine them if possible and perhaps discover something new.

"I exhaust my ideas so I'm forced to think of new one" I claimed in this 60" promo.

"Yeah I can hear you, but not rubbish ones mate" LOL

it all went over my head :O