The Net Death March and the Phd - Give your ideas away 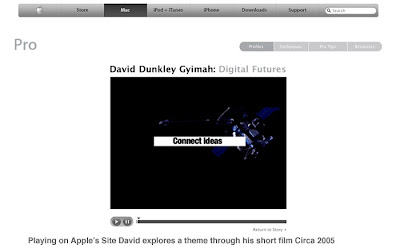 I have been knee deep in a Death March and hence neglected the conversations of blogs.

For the last five days, interspersed with all manner of things, I have been keeping a TDB ( Till day break) vigil with the mother of all questions which would determine whether I could pursue a PhD part time.

I have wanted to jump into a PhD pool for some time now.

From some quarters, there's been some indifference, but having found an outfit, SmartLab, I'm hoping there's a change in the wind.

But more importantly what's the point of a PhD, and pray, you don't really need a couple of letters to make sense of, or plough a course in this brave frontier of a network world?

I can name a kerzillion good thinkers and innovators from the young media giraffe Adrian Holovaty to the seasoned journalists and Net zeus Dan Gilmore whose brilliance is not inhibited by the lack of those three letters.

So is it the prefix Doctor then that so attracts me ?

To my students, those from the Far East and the US used to calling their educators, professors or Sir, I'm simply David and bristle at any insistence of formalities. I wear nike trainers, jeans and a shirt and am often mistaken as a fellow student.

Is it it the elitism?

There's a calibre of person who believes those words should ensure red coats drape the floor in anticipation of their arrival.

If you know me enough, you'll know what I think of that. Respect is earned.

It is reciprocated through mutual trust and being a Dr does not make you codebuster for The Poincaré conjecture. In fact if you're a jerk, it matters very little whether you become president.

So why, just why, given most of that I yearn to understand is more or less in the public domain to be found with some diligance, do I seek a Phd as its transaction?


Chemistry
Simple. I'm a bl***y nosey parker who wants to know stuff and believes being taken out of my comfort zone into a place where others excel, where people from all walks of life meet to examine singularities within a cauldron of questions and subtexts, will get me thinking.

In staying up more or less for three days, I have asked questions, deleted, asked questions again, scrubbed the timeline and at some point reached a point where I lost all sense of what I was doing. And then some clarity appeared, and then, only then was I able to write about that which I want to know.

I submitted my forms this morning - only to learn that, the host Uni made a small mistake. The PhD lab apologised profusely. Wasn't their fault, but the process has made me fire up a few dead axons.

I want to use this odyssey to walk the plank, just as all those years ago in a bunk bed with a lantern ( It was lights out) I wrestled with advance maths and integration.

I grew up in boarding school in Ghana, a bygone era where privelaged boys - sons of cabinet ministers, grade A students and a few dreamers competed with each other. It was so competitive that you took Atkins (physical Chemistry) to the bathroom and read while eating.

I had never been to a night club until I left the college and was 19 years of age.

Those truly were the days and in retrospect I loved them 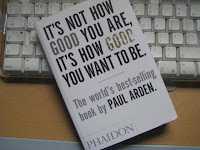 As bloggers we feed of others and I feel this journey may well help me find new food.

Truth, I feel bankrupt. That's not a bad things .

Paul Arden, an advertising genius' slim book "Its not how good you are, It's how good you want to be" unveils some interesting mantras.

Along with such motifs as "Do not seek praise seek criticism" and "Don't look for the next opportunity, the one you have in hand is the opportunity", is "Do not Covert Ideas - Give away everything you know and more will come back to you".

That's it really, I want to be fired up with more ideas, go back into the lab.

Ironically the PhD outfit is called The Smartlab - it's a lab and so I'm back to the days of experimenting in petri dishes and pulling radios apart.

Could I have found that elsewhere? Perhaps, at conferences and Networks like the Online News Association, through friends, allies and blogs, books, interviews and meetings.

But I'm hoping for more,a lot more where I can share, mash up, invite critique and get your thoughts as well.

At the very least I'm hoping some questions allow me to dig deeper, produce a range of videojournalism programmes with more substance than this one Digital Diversity made for Digital Diversity at the ICA and displayed on Apple's site.

I feel like I'm entering a brand new gift economy, and that masochistically I can see more death marches coming on
Posted by Dr David Dunkley Gyimah at 3:14 pm