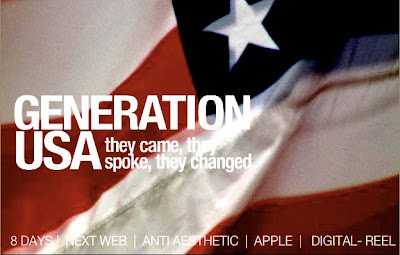 I got up this morning from 2 hours sleep and switched on the radio and television and sat.
Words won't do.

I saw the images of young, old, white, black and one Jesse Jackson streaming with tears.
Words won't do.

I recollected how 14 years ago I stood on soil marking a new beginning, South Africa, about to welcome in a new Messianic president.
Words won't do.

I mused how God and physics had tilted the world on a new axis, even if I sense no geometric change.
Words won't do.

The philosopher Wittgenstein defied the superfluousness of language by delivering a lecture saying nothing. He had a point.
Words won't do.

In years to come, they will ask, where were you when it happened, who did you hug,whose emotions did you share because...
Words won't do.

Then I paused for thought, surveyed the words I had just written, pondered the banality as I, you, us watched the most powerful man take the stage, a man who transcended race, culture and religion and said to myself, just capture this image, because.... because....

WORDS SIMPLY WON'T DO.
Posted by Dr David Dunkley Gyimah at 10:14 am