Have camera, will travel; travelogue Video Journalism and the Kwa.

Have camera, will travel - Travelogue Journalism.

Looking through my tapes, I came across quite a few labeled: Jordan, Turkey, Greece, Norway, UK and so on and realised they 're travelogue tapes from some of my travels, which I just haven't had the time to put together.

Undoubtedly, a key outlet for video journalism are programmes about travel and adventure.

Way back at Channel One, one genius of a Vj, Dan Rowland, made travelogue programmes his own.

Dan had that something that made you miss dinner to watch him: a vital point, as whilst anyone can be a VJ, not everyone has that kwa quality.

Dan Rowland covered Europe as a soloVj on a programme called Eurodan. The shot on the far left from 1995 shows Dan as one of the first VJs to perfect the walking Stand up/ piece to Camera.

The kwa - you can't buy or fake it, yet it's something an audience implicitly knows you have or don't and the more personal the programme the more the audience relies on the kwa to make sense of you.

And yes often the audience can be divided, but by and large that kwa is something that you can spot: a natural born performer and often it lurks amongst those who often are unaware of their star quality - that chemistry.

Have you got the Kwa
Dan was belly-ache funny. In the flesh, he was extremely like able, but give him a camera and he 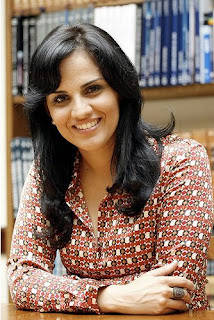 was Harry ''the travelogue-artist" Houdini Magic!

If Michael [ Rosenblum] can recall there were many times he had everyone in stitches and if I'm right Micheal wouldn't have said no to Dan joining his outfit. BTW if you haven't seen Michael's kwa [presenting], do

Some people have the kwa. And for some people the kwa takes up the room even before they enter.

I once met and shook hands with ABC's great Peter Jennings when I was news producer for ABC News in South Africa.

You can have many attributes:

but without the kwa, well?

And the kwa is one of those things that can be hard to pin down. But, but, you do begin to develop an eye for it, working around others who have that 3rd eye.

And when you do it's instinctive. A creative music producer will tell you, that s/he can sense something in the opening bars, and take out their cheque by the chorus.


Looking for the kwa 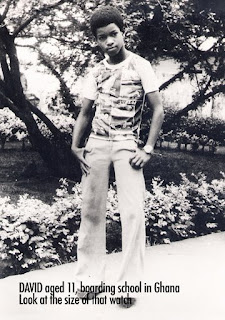 Me, aged 11 at boarding school in Ghana. Check out the Michael Jackson "Off the Wall" pose. An appeal for the kwa?


In my broadcasting days, I led such a peripatetic life working with some key producers and directors within Channel 4, and BBC that I could see how commissioners made subjective judgements hiring around the elusive kwa.

Whilst working at the BBC, the editor of fabulously hipster Def II programme would tell us the reporting crew: "look straight down the lens and flirt with your girlfriend/boyfriend. Huh!

Believe me though if you weren't up for it, you got shown the front door.

In radio, one of my all time radio producer editors [BBC Radio 4] would say slow down and speak in your natural voice and just be yourself. If you had the kwa, you'd know.

I don't know that we (my co-presenter Cheryl Simms and I ) had it but we managed two years presenting on BBC GLR. Often it's easy to develop a chemistry kwa with a co-presenter which is why a lot shows double-head.

And then in teaching, some people have the kwa. They walk into a room and it's "nuff respect".

Ade a music lecturer at the University of Westminster consistently has herograms scribbled on a cards telling him how *****ing brilliant he is. Ahh the power of the kwa.

TV and agents work on the premise of a limiting the supply of Kwa-ites that way we the TV audiences are forever left wanting more.

Online obviously it's a different matter, and even if you can't don't have the kwa, you can always count on the long tail. Some one's bound to like you.

Travelogues are such personal essays, that the danger is what you might find interesting may not have the same value outside your immediate group of friends.

And if you have a nasal voice or a Tyson lisp, that might just prevent your kwa quality from shinning through.

Media is such a harsh terrain, particularly if you plan on being in front of the camera on TV.

Some people have a knack of spotting the kwas.

A talent scout, your mother, Mr Jones - the second grade teacher. Sometimes those who've lived the life have a leg over, but that doesn't guarantee they'll be right, which is why critics and the public can be divided over a talent.

We may not like Simon Cowell, from American pop idol and X-factor, but more often than not, he's got the Kwa x-rays working.

So what do you do if you think you don't have it, but want it? Well a couple of things.


But here's a leaf I think comes out of Peter Jennings Kwa quality. Be humble. The bigger you get, the more humbler it pays to become. 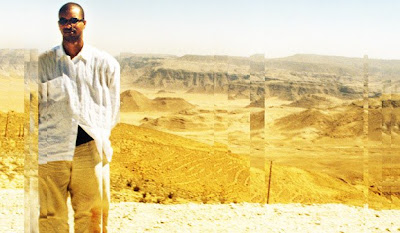 Now what about those tapes from Jordan?

Mmm still can't find the time. But did you know spending an evening in the desert where it's deathly silent; no sound at all, is very eery. Whrreerr!
Posted by Dr David Dunkley Gyimah at 12:07 pm