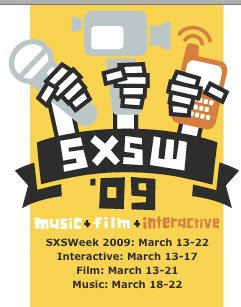 On SXSW site the Salon.com describes it as

"SXSW is a great place to catch movies, directors and trends way out in the depths of the indie ocean, a long time before they reach the mainstream, if they ever do." Salon.com, 3/8/08 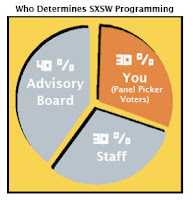 Couple of months ago they started their intense assessment programme picking those to present from a sizeable list and so I'm thankful to those that contributed, because a couple of days ago, the organisers rang up to say my session on IM Video Journalism had been chosen .

So if you're coming along what might you expect? Truth I haven't bolted anything down quite so solidly yet, but it would be a series of how tos.

How to make a video journalism piece [david's early definition here] that has that cine feel, so we'll deconstruct a piece and I'll show how aesthetic, sound, construction and camera can turn the piece around.


Mash up intro viewmagazine.tv from david dunkley gyimah on Vimeo.

I'll situate a piece how it would have been made working for an agency e.g. WTN, the BBC way, and the Channel 4, then the VJ gonzo.

I'll play around with the film arc and exposition to demonstrate the difference between narrative timeline and video driven pieces and show how you can turn a piece's momentum up using tagging and aggressive editing as well as posit interactive nodes at these points.


News people talk about neutrality in news making, however visual language [ non verbal grammar] can make subtle, but significant differences to your perception of the issues.

The BBC's cutting edge network current affairs programme of the early 90s reporting youth matters. The style has much in common with Current.tv. This was one of the BBC's jewels in the crown for a younger audience. The report I have included is me reporting on the UK's expanding youth crime.