New Journalism from outside journalism 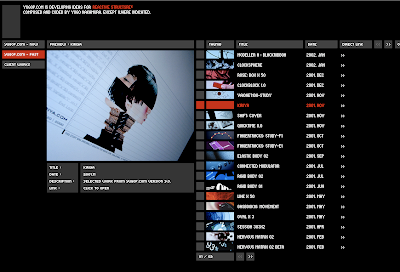 Yugo P setting standards in visual design and story telling continues to amaze.
In the 90s/2000, a number of designers blazed the most incredible trail in the use of an app called Flash.

They were the new journalists. Story tellers for a completely new medium where: what, where, why, when and how was supported by interactivity, play and spatialness as opposed to a temporal linearity.

Such was their talent, that they achieved rock star like status and came to be referred to in a number of publications as the Masters of Flash.

I purchased a number of the books, some better than others, but was spell bound by their work, many of which have served as inspirations for my own, even if admittedly I don't have their skill set.

They included the likes of:
Coded journalism
Yugo P whom I began to write about in a loose connection to journalism in 2000 does things in 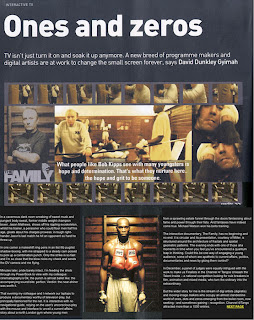 If the Open Source made the expression "code is beautiful" de rigeur, Yugo P makes it look like Angelina Jolie.

It's easy to look at his work as a non designer/ journalists and question what you're looking at and its validity in story telling.

Two things:
Designers got this web thing way before the journos did and have continued to open new and exciting discourses and when the two have come together, we've had some interesting new creations.

For instance, contemporary multimedia, which breaks free from the rigid definition of multimodal offerings of sound, video and text on a page. This is fusion, a new language; sometimes, many times, in which we simply won't get it.

I once remember standing in the National Gallery transfixed by this painting.

It was Perseus fighting Phineus and his companions by Luca Giordano- October 18, 1634 - January 12 1705. Much later when I saw the modern Rashamon Vantage point, I chuckled. Multimedia, multi-angled story telling from history.

But this and coded story telling, as Adrian Holavaty has demonstrated in his way is still a vastly untapped area:

Design Journalism
Take for instance Yugo P's Monocraft work from 2001. It's sublime and opens up so many avenues in navigation, and navigation becoming the story - a trail back to the origins of a news story and how its developed http://yugop.com/ver3/index.asp?id=11

There has since been a site like this, but like most things in the early stages was ahead of its time; not enough critical mass.

This model sliced with an elastic movement that responds to mouse movements has a deep playful quality to it. And play, art and functionality is at the heart of some of Yugo's work. http://yugop.com/ver3/index.asp?id=26

And then there's:
The challenge and it's a beautiful one is for us to continue to look cross discipline and draw from others and one of the riches area to mine is where code, art, design meets video journalism.

In 1999 one of the seminal pieces to mesmerise the design world was 9 months, a designers journey as his wife was due to give birth.

Nothing like it had been seen in this way.

That and many others inspired ( Rosalind and me) for an idea called The Family. Here, video journalism meets photography, code and design. That was 1999/2000.

There have been a great many works since then, brilliant works, highlighted on sites like multimedia shooter and Media Storm. But I'm certain Brian Storm and Richard koci Hernandez would agree we've still got a way to go, and it's an interesting time.

New Journalism from outside journalism, finally. For this week Yugo P's work will become even more popular having been made a Global Game Changer.

And that inspire me even further.

David Dunkley Gyimah was cited for an honourable mention by Wemedia, which awarded Yugo P Game Changer award, "for elevating narrative, multi-media journalism through tireless experiments that push multi-media on a wide range of topics to a higher standard on a wide range of topics".
Posted by Dr David Dunkley Gyimah at 7:16 am