What becomes of interactivity and video journalism? 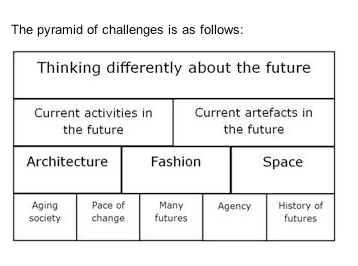 Creativity at the Smart Lab this Friday - inventing the future
I'm sat behind my terminal writing up 5,000 words to add to my thesis, then I went searching for references and came across this text right at the bottom of this post. It made me chuckle.

Its context is my starry-eyed talk I gave at the National Press Club in DC. Here one of the judges, Mark Hinojosa describes what happened as he was about to turn in for the night.

Now, I have to say this text I have included here has little to do with self -sycophancy, but more the experience of Mark's son and the notion of judgement, which is highly subjective.

Because, because you will or have probably built something and the odd person, sometimes, even quite a few people will pooh pooh it.

We all make great critics, but ultimately if you think you've got a hang on what you're doing and the audience, persevere.

That's not to say we shouldn't take advice. I do all the time. The wisdom of crowds is a great lecturer; one that's deployed at the smart lab all the time.

But rule 1 of creativity is you may not be able to please everyone all the time, so sometimes it pays to trust your instinct.

Like others, I have had the rare opportunity to work with some fabulous people in my broadcasting career, in some of the most respected broadcast companies e.g radio, TV, advertising, design.

Yet often posts over solo vjism or multiskilling often yield an interesting stream of emails.

Firstly, it's as if one is mutually exclusive to the other and secondly, that as a multiskilled journalist you can't master the "inception to air" work flow, which once involved five/six people.

You can, I'm still learning, but it will become a contracted cycle in this meta-existence age.

One day a pod might just shoot off to mars with one astronaut doing the whole navigation and cruising.

If you believe in technological determinism then this is the space which is expanding and reshaping what we do.

So this week I'll be heading off to the Future lab play shop, where everyone and anyone mixes and mashes it up and supposedly creates more mayhem. Nice mayhem, if you know what I mean.

Mark Hinojosa:
I have to admit that the first time I saw this when we were judging – they send out the entry list to the judges and we look at them at home – it was about the 20th thing I had seen and I was about to bag it for the night. And I got to David’s site and went, “Damn, this is interesting.” So I went and got my 14-year-old son, sat him down and said, “What do you think?” And I watched him navigate this, totally caught up in it. I mean he was just flying through it, reading some of it, clicking on it, making me think this has got something to show me.

I really encourage you to go visit this site, viewmagazine.tv, because one of the things that you’ll find in it is that David does a lot of the things we don’t do in traditional media. It’s a very point of view piece. There’s a lot of opinion. It’s very first person. It’s very much following the reporter’s experience through the situation. So you’re caught up in the storyteller aspect, not as the objective outsider looking down or the fly on the wall looking in on it, but as a participant moving through the experience. I find that very engaging, and I think it’s something that you all will find engaging, too.