Viewmagazine.tv circa 2005 as posted a couple of days ago remodelled today. 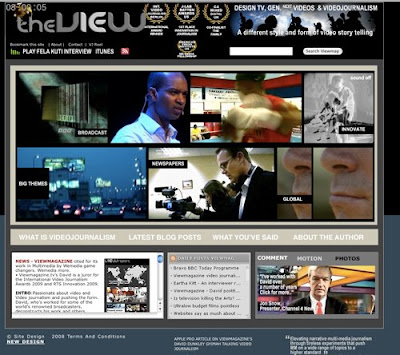 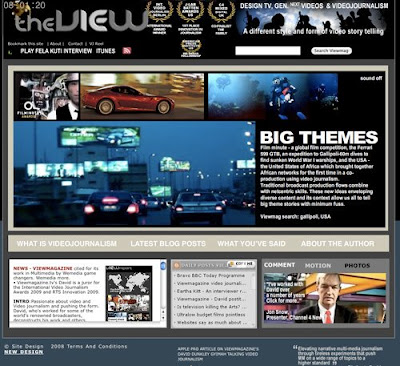 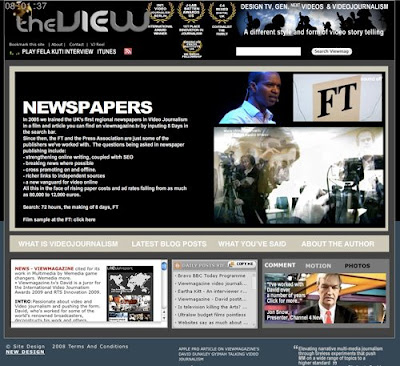 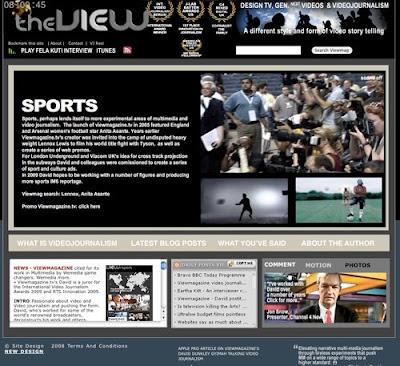 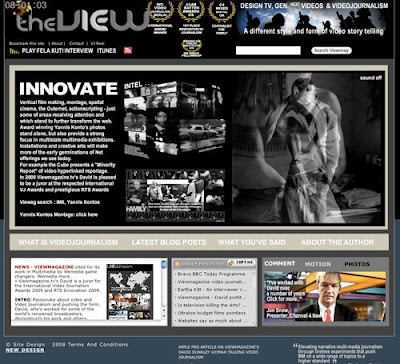 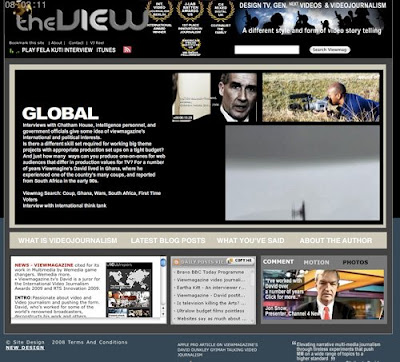 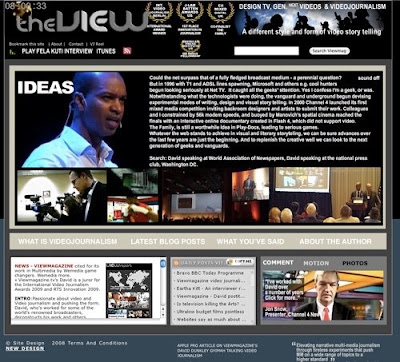 2009 will likely see a consolidation of many of the discombobulated ideas flattening out in greater open spaces. We've been excited by the last few years. There's not a lot you don't know now that your neighbour does not.

There is a broad consensus of agreement on what works. Our entropy of ideas are pulsing less frenetically than before.

But the new league of thinkers have smelt blood. So their ideas push on. From Twitter - the new new thing - what cometh next?

India's growth in media and newspapers defies all other geographies, and China too will become a cauldron for remodelling newer media ideas for their own sensibilities.

There are questions of process and production? How do we deconstruct this rubik cube, we've just worked out, to reveal new puzzles?

Why because some people are compulsive temperers [1]: taking radios apart, picking the wings of blue flies, figuring out why "why" needs an answer.

Some look to the future, others hark to the past; some rework old ideas, others think the original. The latter are a rare breed. Eureka moments that shift Teutonic idea plates are thin on the ground.

Truth it's always been like that, even this recession is no new phenomenon, though its intensity is arguable. Necessity is the enforcer of new thinking. In 1992 at the height of the UK's recession I learned that much relocating to South Africa.


RETIP IDEAS
The law of the few, stickiness and context - the impulse there and then- is as important now, more so perhaps, than when Malcom Gladwell published Tipping Point.

Because we're conscious of what to look for. Our ontology of ideas seek newer sources, whilst the fundamentals reside within the philosophers, old, post modern and contemporary. History is nothing if not one big cheat.

In Leonard Shlain's Art and Physics we learn the bizarre coincidences of natures important finds, not first through the scientists, but artists - those who dared to dream, and often mocked at first.

The application of new technology, a mix of the fundamentals, and many of our own socio- political behaviours is a strong formulae for the supernova of creative sparks we've come to acknowledge of late.

So what now? Business needs to bed those ideas down. The underground that became traditional c.f. google and yahoo are themselves at risk from a new generation of geeks and cool hunters - that's just the way it is.

Darwin. In 2009 his ideas will be combed over even more as we celebrate his 200th birthdate.

2009, the year of change and paradoxically steadiness.

Obama's factor will be unquestionable. In times of strife, we are at our most creative. It's when the cretins rule that the creatives seek a way to be seen.

But Obama has to steady the seas of uncertainty; the environment, global warming, finance ,will, may, call on creative ideas - many of which may be old ones, dusted off from 2000. Process and Production again.

But Obama may also turn out to be the traditionalist. His stride as much in the new camp as that of the unnew.

2009 will be a year of collectives, newer ones, emulsifying ideas which ask questions about change and innovation. 2009 will for me be about back to the future. The ideas we seek, a quality of life, a quality of thought, a quality of ramblings with roots one severed, rediscovered.