I art directed this shot, taken on a Canon Eos50, of Anita Asante, one of the UK's foremost footballers. Viewmagazine.tv's raison detre is to report popular stories that rarely see the light, and Anita and Women's football was indicative of this.

Before that in 2001 the site UnitedProductions, Viewmag's precursor hosted this. 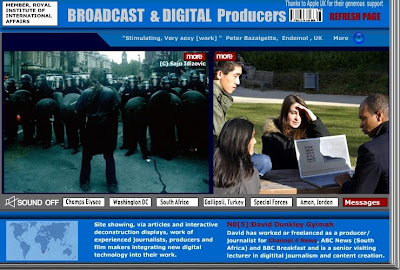 In 2004, the menu evolved into a series of animated images which triggered a series of sound files and video. A theme I'll be returning to in 2009. 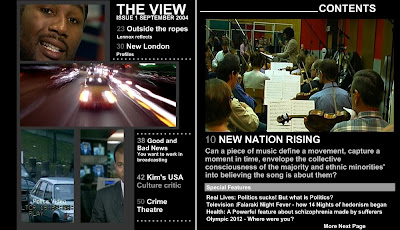 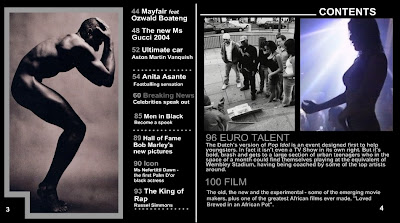 The quad face design was an opportunity to feature around 200 of the video pages on Viewmagazine, including 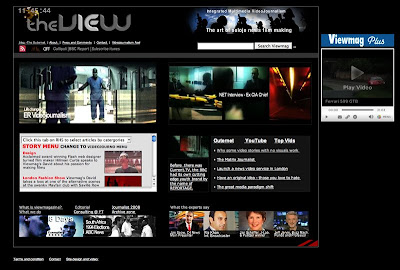 Viewmagazine.tv takes on the ubiquitous newspaper colour - white. The top band is a strip of 950 by 200. The screen window on the right reveals more of the sites menu. But the symmetry of the site is lost. 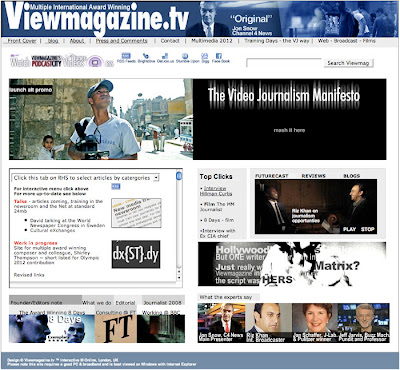 A meeting at the BBC between members of the Online News Association (london). The BBC announces its first trials of embedded video. 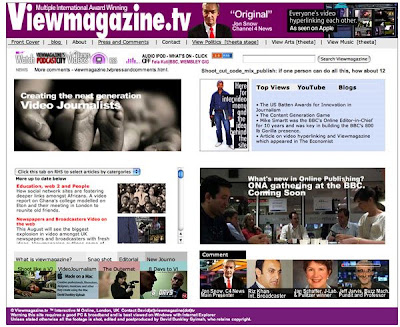 I'm standing in the corridor when this shot is taken. Prince Charles meets Jay-z. Five minutes later I found myself with one of my students standing within arm's distance of Jay-z.

She wanted to know what to ask him. I told her. But frankly I couldn't, doh, think of a one-on-one myself. Sometimes it just isn't the moment. 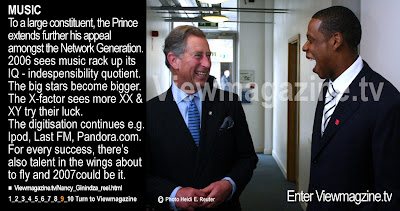 One of the attributes of online design which will increasingly become a feature for TV display is the televisual look. All the content appears above the fold, because frankly there isn't one.

The three screen grabs come from a new site I designed for the Arts. Unfortunately it's built exclusively in Flash- a mistake I made with viewmagazine.tv, which was rebuilt with xhtml with allowances for SEO. 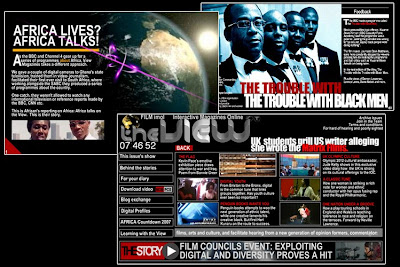 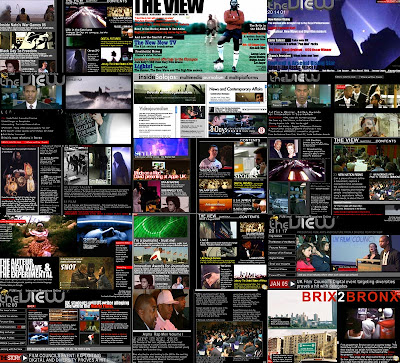 A film, BBC Radio story, flash -multimedia, Director Multimedia, blog, photomontage, and story in a magazine. Whatever happened to director? Flash killed it off and CDs/ DVDs are no longer de rigeur for exlcusive multimedia. Use DVD pro instead.

IM6 - integrated multimedia 6 ways lets me strip a story and devise a number of ways of producing. This shot of me 50m below the Dardanelles is one I won't forget in a hurry. Couple of minutes later I get hit by a current which sends me tumbling into unexploded ordianates. 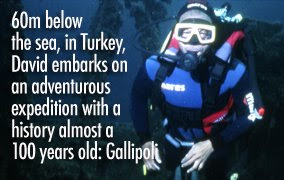