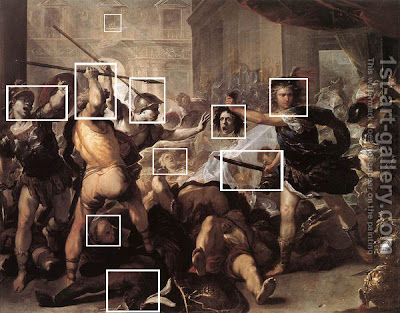 By its very nature and multiple delivery of assets, the PC is a multimedia tool, but how much bearing does that have on a lingua franca of "choice reportage - perspectivists approach"

there's an interesting moment in the film when we're at the Telegraph's hub being shown around by a senior executive and somebody asks how the newspaper and its web version reports are constructed. It's one of the hidden arc segments of the film, so you'll have to click on the film to access this

Matthew, Mark Luke and John - four differing perspectives towards one event and to fully comprehend the Bible the reader is required to cover all four gospels.