Joys and Images from Phd Away week

Smart lab is a trans discipline outfit within the University of East London, which runs one of the most unique practice-based Phd programmes in the UK.

Three times a year we gather for away days - a week of intensive seminars and papers.

It's a chance to catch up with one another, observe the development of ground breaking work and learn ourselves about issues frankly we might rarely come across. 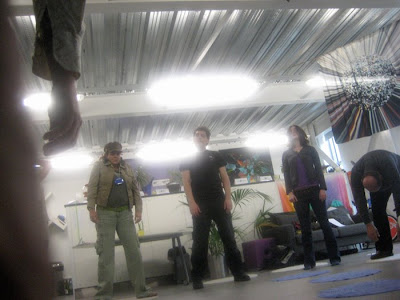 Each morning we start with a warm up exercise which sometimes incorporates a problem solving task. Here, Smart Lab staffer Deveril is getting us to feel our space and self. In effect it's not too disimilar to Tai Chi warm ups. 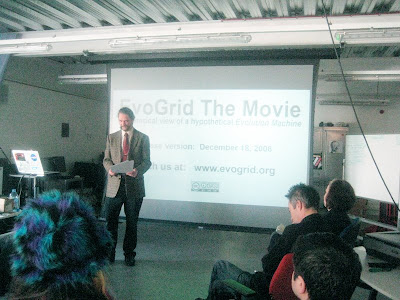 The implications for medicine and discovery cures, he says, could be huge. 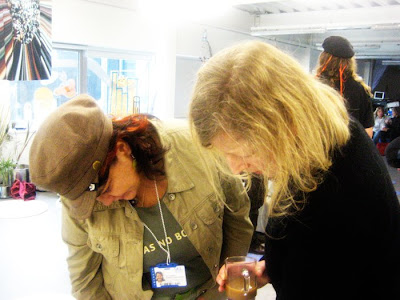 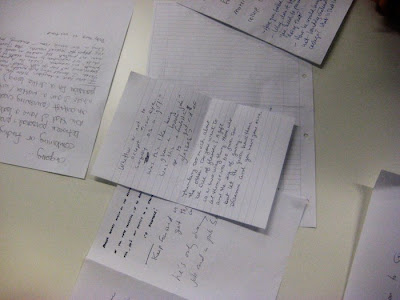 Fabulous exercise in problem solving in a group by Deveril.
1. Write down a pressing problem.
2. Pass it onto someone. You remain anonymous who provides a solution
3. The anonymous person passes it onto a third person, who attempts their own solution.
4. The original problem and solutions are read out; then put on table for all to read.

My favourite solution to a problem was this ( the bottom paper, above)

"Coming through Customs, the officer asked me how I managed to acquire "stay" status in the UK. Why did he ask that? Was he allowed to?"

"Keep focused get through customs". 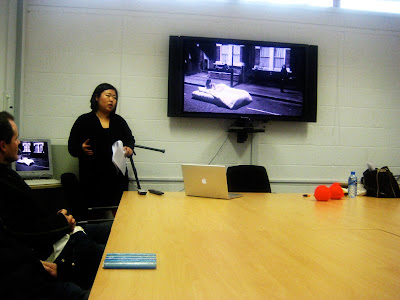 Taey, an artist, performer and writer presents in her 30 min slot "Dictee and the Travelling Language" - an analysis of Theresa Hak-Kyung Cha, the basis of her Phd research.

Flaneurism, dream sequences and the influences of the little well known, but hugely significant Theresa Hak-Kyung Cha are laid out. A mental journey, and so layered was my thoughts. 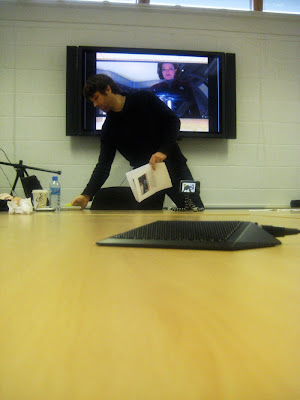 The image behind Turliff s Captain Jane way of the the star trek ship Voyager. She's asking the computer to materialise a cup of tea. That's the reality Turliff is working to for his Phd.

He passed around a 3d object which was created from a 3d printer. The computer conceives the constituents of the substance, then sends it to the printer. Human Tissue is one of the areas on Turliff's radar. 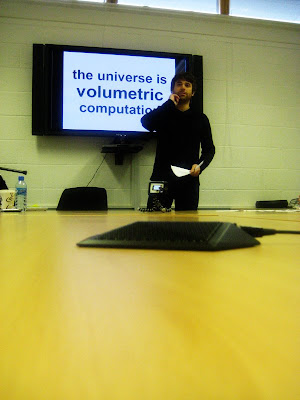 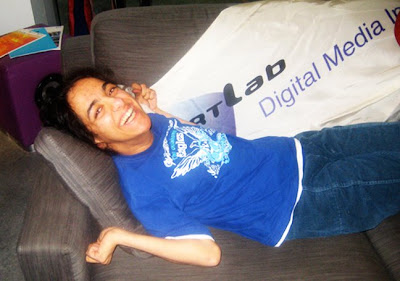 Sapna preps for her presentation, a documentary maker. She's researching the cause-effect of people with disabilities engaged in interviewing and doc making. Sapna is situating herself at the centre of this research, as someone with a disability herself.

Below she demonstrates in a ground breaking performance how she is able to play an instrument through eye movement on a device called Mytobii. (vid coming soon)

I'll post some more from the extraordinary people at Smart Lab in the near future.