How to answer a political question 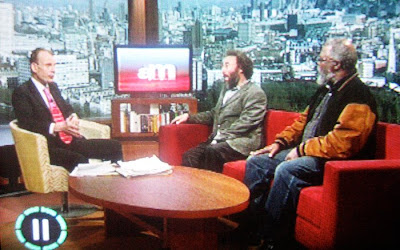 Andrew Marr on the Andrew Marr show asks renowned South African actor John Kani the following in relation to The Tempest, Shakespeare's playing in the UK in which he stars.

"Are you suggesting an African audience is more in touch than say a western audience?"

Kani's response is one for those interested in journalism and politics to take note.

He replies to Marr:

"Shakespeare is a gift to all humanity and nations so we to adopted Shakespeare as a great son, so African audience relate."

Brilliant, but why am I so enamoured by this.

In pshychlogical and forensic interviewing, this is a classic case of "shaping". Marr, cleverly, posits a question whose natural response is a pithy "yes" or "no" often followed by an explaination.

Kani, who has come through South Africa's torrid Apatheid regime, thus de facto equiping him with the nous to answer such a charged question, skillfully parries Marr.

Politicians are taught how to shift from a shaped question. But often do it so clumsily you know it's a prepped answer. In those cases the next question is crucial. For one of the best shapers in intervewing I'd suggest Jeremy Paxman
Posted by Dr David Dunkley Gyimah at 9:44 am