Brian Storm of Storm Media with Jessica Stuart, Project manager and Tom Kennedy, formerly Head of Multimedia at the Washington Post. Out of shot, you can just about see his hand is Rich Beckman - often referred to as the Yoda of multimedia [ I heard that] 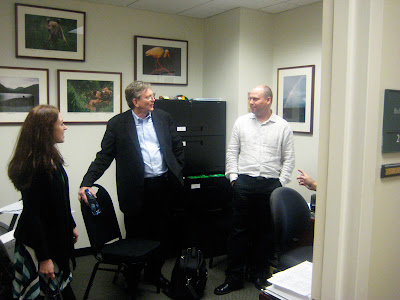 Pic of Tom and Jessica free framed by Chad of Wemedia. That is Chad's not looking through the camera and just firing off shots. Free framing is the new in thing now. Produces natural and sometimes beheaded shots. 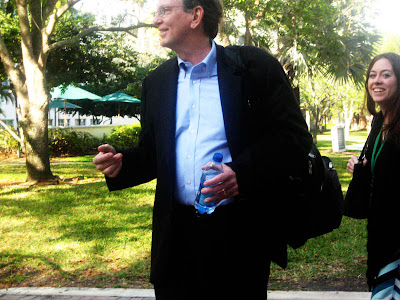 I so loathe posed shots, but I was more than up to taking a snap with some of the figures I revere in this emerging profession. The facial expression is me barking at Chad, who's just free framed and is now having us count down for the shot. 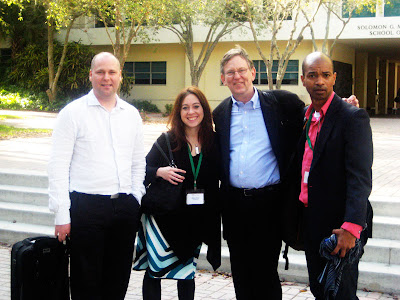