Outernet - Internet+ Out there + behaviours - musings 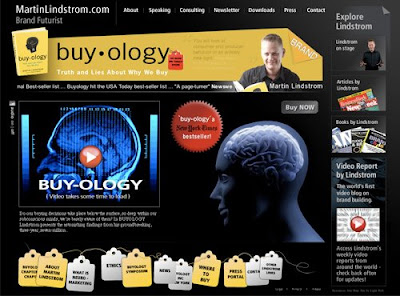 It's the stuff of Isaac Asimov, except that it's really not so far fetched.

The snippets of news from Razorfish's report [see last post], the general uptake of new apps and their volcanic explosion, revival of TV integrating new social tools on line e.g. wiii on the net etc, all add up to something akin to a grown up web in the offing.

So far the net supports a number of apps, that, with the exception of the obvious mobile ware, is largely fixed. But the very variable that constrained the Net, will be the Outernet's gestation.

The context, "Internet"; inward looking makes empirical sense. Outernet, sees the Net and apps work all around us e.g. an audio twitter demand that calls up a programme and turns your followers' TVs and PCs into a TV screen, [Orwell] or triggers an event which changes the music at Dance club "100Z"

Sensosor related apps, iris scan receivers that give more info on pleasure you derive from videos.

Beahviourial science drives the Net
The work of Martin Lindstrom in Buy-ology, a New York Best seller points to this. In his book, Lindtsrom conducts a number of MRI experiments. [brain scans] to unlock meaning to our actions.

Attaching people to probes that give some idea of their thinking, if we can, and some sort of nano sensors will do that, gauge behaviours of consumers via the web, then we're climbing new levels.

And what if we could conduct the same real-time studies for watching video. It would crystallised some of our own thoughts but also reveal new ones.

What makes a good video, and what makes a bad one - a loaded question which envelopes aesthetic, codes, visual design, psychology of lines, tone, mis en scene. Frankly a whole panoply of signifiers.

Couple of years ago, I filmed myself on one of the huge monitors in the heart of Time Square (I'll post that this week). The gig was arranged by Reuters from an Online News Association Summit. But what if the tech-set existed to do that myself with my twitter flow, at a cost of course, but triggered here from London.

It will be difficult to know what the Outernet is, you'll have to be there to see it - I am reworking Morpheus' line in The Matrix, but the reality is closer, believe, than we think.

Two decades ago I abandon a career Chemistry and Maths, for a more exciting one in the media.

Now it's the technologists and science who'll be pushing the best part of the Outernet. I need reversioning.
Posted by Dr David Dunkley Gyimah at 9:01 pm

You can find out more on this topic by seeing Martin Lindstrom live in person, presenting his Buyology Symposium - www.globalleadersevents.com/lindstrom

thanks for sharing this info..will look forward for more updates with regards to this...