Drinking the most expensive beer in the world 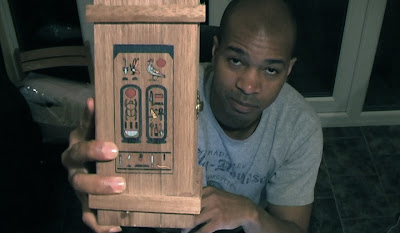 One gulp would probably have you reaching for an aspirin. Not because of the price per se, though that might be the case if anyone was serving, but the taste.

That slosh across the palate at one point tasted... "am I allowed to say exquisite", but today clouded by impurities and well past its sell by date, this brew really has returned to a museum piece.

Tutankhamun ale, not your average Budweiser saw the light of day somewhere in 1995, from being in the dark for 3000 odd years.

Some archaeologists unearthed the formula from scraping old pots; science, the kind seen on CSI and actually while I was standing behind test tube , using gas-liquid chromatography did the rest. Et voila, this is what the Egyptians drank way back when.

Oh please if you're out there and you want this, I can go and fetch it from my uncle. 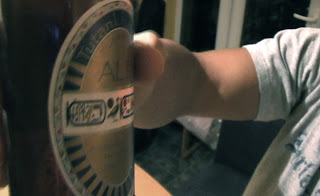 The beer of beers
Back during its launch, I was dispatched by my editor to do a VJ piece. On Harrods' hospitality balcony I sampled one and then picked up two. I later handed out glasses of it at a party - dem days huh!

But show me a reporter who doesn't like a jar and I'll show you a banker who can tell the difference between pyramid selling and banking.

Harrods' PR as I remember pleaded with me for an eternity, not because I wasn't turning my camera on, but he wanted his boxy thing back, or to the historians the wooden sarcophagus.

He wasn't wrong, as they've become a bit of a collector's item - which brought about this tale in the first place, when over Christmas I stumbled upon said great beer and a friend asking me if I knew what the box was worth. %$£@*!!.

I mean I always knew it was somewhere, but like an old letter bringing back memories, I picked it up reminisced, scurried up stairs for my camera and did a vlog.

I thought of doing a straight cut but having travelled to Egypt and brought back some video, I have a different idea. I'll post on viewmagazine shortly

This morning it was announced beer served in pubs in the UK was being reduced to 99p a pint. Chirpy cheerful huh! That should alleviate us Brits from the credit crunch.

Mine's going back into the vault, spirited away to a good friend who likes the idea he can tell his friends, "beer 99p? You wanna try this - the most expensive beer in the world".