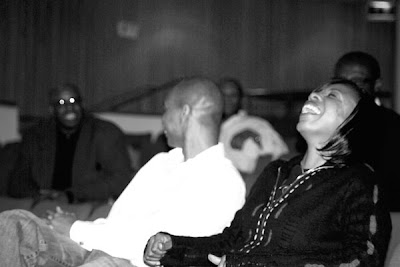 Ken walker - extraordinary photographer popped by our uni and we ( friends and I) got him to do a little shoot.

The theme which we'll expand upon looks at mentoring and new academics.

At the forefront belly laughing is Shirley Thompson - a composer and writer who's written for the Royal Philharmonic and played for the queen.

In the background is Kienda Hoji - an expert in music, legal and contracts. Has represented major artists and closed many big deals. Known also for his work in China.

To his side is David Matthews, a lecturer in Journalism. David's written some great gonzo books - one on boxing and the other on greyhound racing. Not many people would be willing to put themselves through the pain he's gone through for journalism.

He became a boxer to write his book.

To his side, obscured - better pic will follow- is Mikyael Riley - an original member of Steel Pulse and originator of the Reggae Philharomoic Orchestra.

They're all amazing people which you'll mee in more detail soon
Posted by Dr David Dunkley Gyimah at 12:24 am