What's videojournalism gota do with the arts 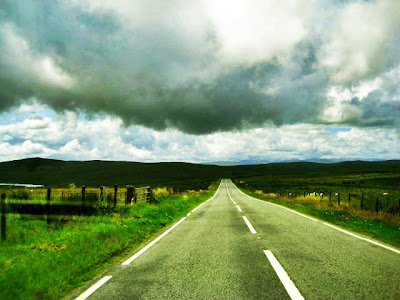 "You mean journalism as art", one of my journalism board members emailed me.

I replied, "Well then you'd have to define journalism, then art!"

It sounds an incongruous pairing. Gene Hackman's character Brill in Enemy of the State says it:

"You're either very brave or very stupid".

Well its worth chuckling at the thought, but it's neither. Journalism and Art have cohabited for as long as...

Dandyism, Flaneurism, Addison and Steele, one of the Britain's first recognised journalists, circa 18th century, combined the adeptness of writing with being literati consuming the arts.

Indeed Tatler, the magazine was something of an arts magazine, not art, but the arts.

Film Director and professor of cinema studies Peter Greenaway who's appetite for innovative film making is only surpassed by his eye for the artistic in his many installations and Julian Issac who's seminal film about Black UK in the 80s, Young Soul Rebel, demonstrate crossing boundaries.

Many BBC execs often leave the corporation to fulfill other roles such as running the arts.

I am neither of the above. I only mention them because I know and it adds, if anything, an interesting ellipse to any conversation on videojournalism and art practice.

But videojournalism dyed in news, awash with all its semiotics, is hardly a contender for the arts?

Well here's where I beg to differ in a big way.


Video is art
For the practice of shooting with a video camera was long, long exercised by artists, and yes it was news.

Indeed the inception of the moving camera under the Lumiere's may have taxed the minds of the brothers to how a) they would commercialise and b) whether it was art, but it didn't take long for the likes of Georges Méliès Le Voyage dans la Lune (A Trip to the Moon) (1902) to spot the art which could emerge from the moving camera.

What art often achieves news fails both in substance and longevity and when news of a kind is able to break into the psyche, we often attach the references reserved for art.

It is not the arts' place to explain, is the patter, but to evoke, cause reaction, make us consider, be reflexive and question the context of what we've seen and its impact on us.

An Inconvenient Truth is art personified within the walls of an environmental essay empowering us with richer knowledge to choose. What more could you ask for?


Art, Videojournalism and Beirut
My trip to Beirut to train some videojournalists also yielded a short ( 20 mins, ooops) film I put together on-the-fly. I blogged while I was in Beirut about how I am reminded of my first trip to South Africa.

Oh the ignorance. In my first visit to South Africa on the second day I was in Soweto being scared witless coming up against a Caspir (armoured truck).

But I was amazed at every turn. Soweto was right on the heel of Johannesburg. It had a BMW plant. There was a middle class base. In Yeoville a a new youth, graduates, more sure of the prize were forging ahead. It went on. The news I'd watched. The programme I used to present on the BBC did not equip me for all of this.

In Beirut, similar internal gasps. The city needs no introduction. Its wars are well known. 2006 and then further back. Those remnants still exist. Monuments left as reminders to those who are no more.

But the city's vibrancy is electric. The youth run are visible, strangely unlike the UK !@$$@. I did not have the time to venture far - something I hope to do next time - but my snap shot impression was some matrix.

There's a heady mix of the "beautiful people" who know how to beautify themselves. It's not for nothing, Beirut was once dubbed the Paris of the Middle East.

And, and there is an incredible thriving arts scene.

If you've watched the news lately you'll probably not know there were elections. No, because Beirut was not featured in full regalia on the international news front. By regalia I mean Before and After.

So that's where the job of a videojournalist comes in. Not me per se, but the group I trained with, already carving out an assortment of diverse stories.

If what we produce can in some way spur others to think and rethink again, then it may not be your classical definition of art, but it is without a doubt something that merits being called art.

And yes art can be in the eyes of the beholder. Here's where I quote Kant and his treatise on beauty. No, another time.

So what do I have planned for my tenure as artist in residence. Quite a lot, but that's another self indulgent post. Art huh!
Posted by Dr David Dunkley Gyimah at 5:10 pm