Photojournalism -personal stories in the 90s from conflict South Africa 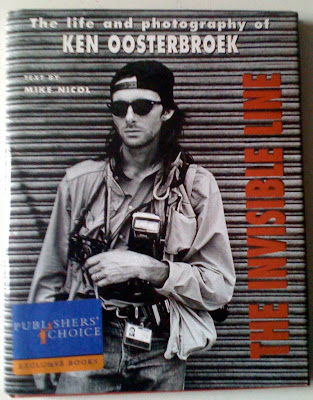 At dinner last night, my two companions chastised me over viewmagazine.tv and my work.

They had my interests at heart, wanting to know why I rotated so heavily features on my site.

Reflexively the excuse is there's been a transition point viewmagazine.tv has passed which requires a re-alignment of its properties.

It started off as a magazine showcasing a project here and something there, but now is a gallery requiring a curatorial hand, essentially sign posting a-plenty to turn the light onto those shadows.

Which means all media go and more achive which is why I can now with my artist alter ego begin to unveil more from the past.

Why because it informs our future and we are poorer for not knowing and understanding those things that have moulded how we live, how we might think, how society has evolved.

Take between 1992-1994, South Africa winding up Apartheid - legalised racism - with the prospect many thought of a civil war. I was working as a freelance reporter to several outlet often reporting from the townships which were powder kegs for blood baths between the ANC and Inkatha and anyone who dare get in their way.

It was an era which took the lives of many journalists and photojournalists and possible seconds away from a good friend who had a gun cocked to his head with the hammer ready come come down.

The Banging Photographers
Yesterday I scanned across my home library and pulled out The Life and Photography of Ken Oosterbroek.

Like so many journalists et al in South Africa at the time Oosterbroek's photography cut to the quick - just magnificent. I had friends at the Star where he worked, I never met him though, but his other colleague Kevin Carter I knew very well by proxy.

Flicking through the book so many memories came flooding back. The last few frames of the book are haunting as Oosterbroek's friends capture his death, the bullet that ended his life.

I didn't know of James Natchwey's work then, but looking at the print again is the figure of a young erudite rock-star looking Natchwey - one of the members of the famous bang bang club.

In South Africa the bang bang club and other photographers were the eyes of the world.


Kevin Carter
Carter came to my attention via Lindsay my landlady who was the editor of a highly successful magazine called Living and commissioned Kevin on many occasions. Like most commissioning editors she also had a good ear.

In the evenings after dinner the phone would go and she'd disappear for hours. When she arrived she would recount, looking sullen. the state of Carter. I'd listen transfixed.

Carter had shot a picture of which would bring him the ultimate in photographer a Pulitzer. It featured an emaciated young black girl being stalked by a vulture.

Lindsay relayed how Carter came to take the pic. He had the girl in sight, then noticed a haze across the lens, when he pulled back he could see a vulture which would shuffle up to the little girl when she fell. waiting for her last breath.

Carter shooed the vulture away, but as Lindsay told me, he could not be sure when he left, not being able to help the girl, that the scavenger bird would not return. It haunted him. The stream of enquiries from readers compounded it. The prize was too much to bear.

For the two years when I returned from South Africa to become a videojournalist, that picture sat flush on my desk.

Yesterday I reached for a file I had digitised a while back, South Africa circa 1992 and a series of flashes and thoughts simply tumbled out.

My appreciation for the work I do, and it is something to be appreciated dearly stems from seeing the likes of the works of the Oosterbroek and Carter and in case you've little context to give you an idea of South Africa here's one of many, many radio reports I made .