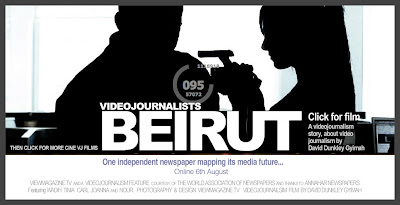 When we first introduced computers to the newsroom, no one liked it, now we can't take it out of the journalists' hands. So what's to say in the future we're have trouble taking the camcorder away from journalists

Beirut Videojournalists - on viewmagazine.tv from david dunkley gyimah on Vimeo.

An-Nahar's IT Manager Wadih Tueni recruited three young former film students from forty applicants to head the online station which is building a loyal base with stories that extend beyond the daily diary news agenda.

The feature is a personal account of videojournalism and Beirut where David spent three days training with the newspaper. So what you see are the in-between moments David snatched in compiling a videojournalism piece. Nothing here was set up.

David, a former broadcaster with a background at the BBC, Channel 4 News,World Wide Television News and ABC News tells a story about Beirut, a city which would have needed little introduction into the problems it's faced in past wars.

However it's rebuilding its image from once being described as the "Paris of the Middle East" and recently nominated by the New York Times as one of the forty best tourism destinations.

Beirut Videojournalists illustrates what An-NaharTV is pioneering and what David brands as cine-videojournalism in reporting societal and people stories.

Beirut Videojournalists is showing on viewmagazine.tv

Images from the film 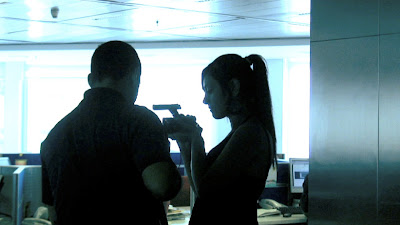 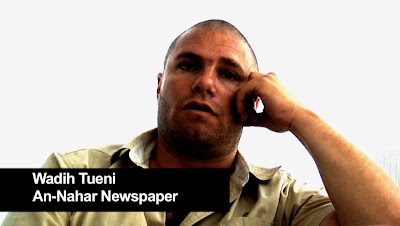 2. Wadih, the indefatigable driver of videojournalism at An-Nahar 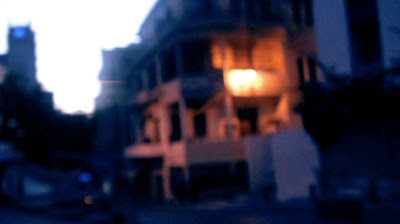 3. Suburbia Beirut. The traditional and new live cheek by jowl. 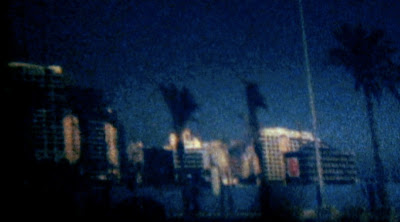 4. Images taken by David on his super 8mm which give the city that 60s feel. 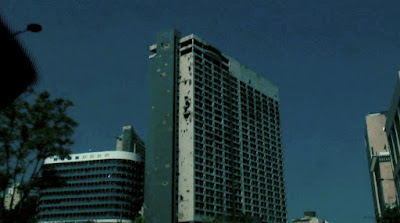 5. An enduring image of past conflicts - the Holiday Inn riddled with bullets and shells. 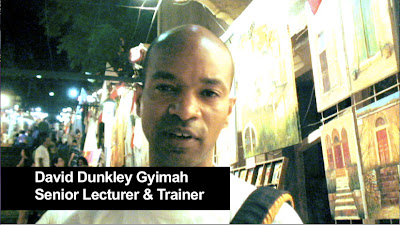 6. David reporting from Germayze street - one of the popular haunts for the young, tourists, artists and about anyone else, which comes alive around 10 pm. 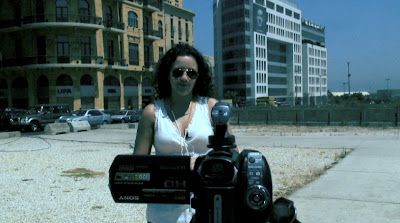 7. Tinia, who completes the trio of videojournalists getting the hang of the "snatch-and-grab" stand up or piece-to-camera
Posted by Dr David Dunkley Gyimah at 10:01 am