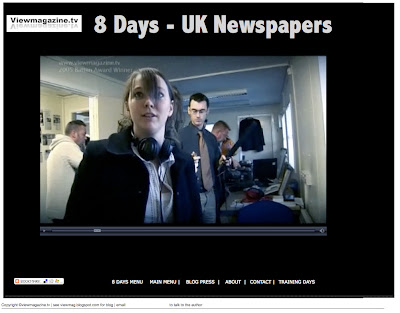 If you're a videojournalism educator, video journalist aficionado, then this might interest you.

I have uploaded 8 Days - UK's first videojournalists from regional British newspapers. - the story.

Five hours condensed into 15 minutes from a 40 minute tape shot over the whole period. The story was laid down 2 hours after returning to base. I'm using "collision" techniques to tell the story and "video impressionism" 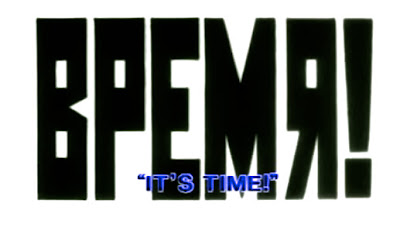 I have always been interested in stories of ethnographic value e.g. The Successor Generation: South Africa's first generation of voters -made for the BBC and later ITN's Channel 4 News, Nato War Games - training journalists in simulated wars [ please note at the time of making this Flash did not have controls, so you had to use swf files. I'll repost with controls soon]- and more recently Beirut Videojournalists.

I'm pleased to say there's a story that I've been invited to look at which involves young offenders and dance. Many years back I spent a weekend filming in London's notorious Wormwood scrubs prison, reporting on catergory a prisoner - those inside for muder, so this project brings back a social responsibility

So here it is for the first time. Things to remember


VideoJournailsm Today
Today I'm interested in the psychology and kinesethic underpinning what I call Integrated multimedia videojournalilsm - which is the basis of my PhD and a book by a US publisher next year.

And also next year bringing some clever people together we'll be looking to hold an event which looks at what I call Concatenation. A good example would be the Maclaren Buggy wheels and the mechanism of the boeing 747, so if you're a videojournalist or educator please drop me a line. I have been meeting with a fair few tech, think tanks and broadcaster and it's been very positive.

I'll keep you posted on this.
Posted by Dr David Dunkley Gyimah at 10:12 am