Videojournalists who are they, what's their background? 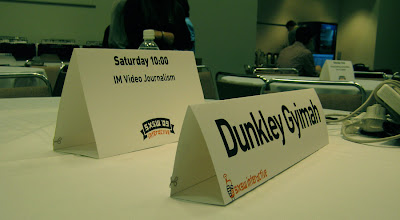 Some people can be quite sniffy about videojournalism so I thought I'd drop in my background to give you an idea of how I got into it as a practitioner and trainer. If you like to contact me for a chat training etc you can here

You'll find a good example of IMVJ being my site www.viewmagazine.tv and soon I'll post the current installment from my International Masters students (I'm currently marking) which is just superb work.

- Developed news futures. Multidiscipline project with students presenting to the BBC about the future.

-consulted with The Financial Times training on the videojournalism programme